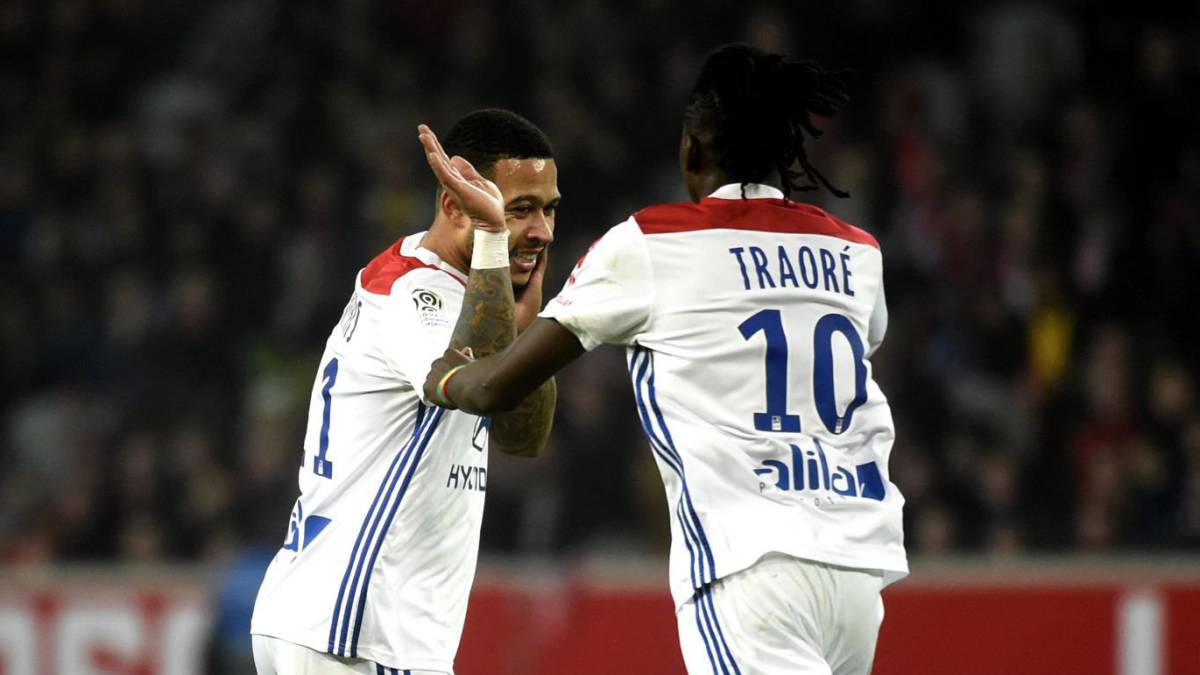 A goal by Moussa Dembélé four minutes from the end provided the equalizer against Lille Lyon (2-2), which preserves the second place in the Ligue 1 of France that dominates the Paris Saint Germain and that this weekend reaches the fifteenth working day. The team of Bruno Genesio, who arrived at the Pierre Mauroy stadium stimulated by the benefits of his two consecutive wins, found himself with a disadvantage of two goals at half an hour. Lille, which has not won since last October 27 overcame Caen, profited from its good start with goals from Loic Remy in the 17th and the Ivorian Nicolas Pepe in the 28th.

Lyon looked for the reaction after the intermission. He was able to reduce the disadvantage to the three of the second half but the Dutch Memphis Depay missed a penalty. The visiting team improved their game at the time of play. The Burkinabe Bertrand Traore made the 2-1 and in the 86th, Moussa Dembélé, who minutes before replaced the Brazilian Marcelo, got the goal of the final draw. Lyon thus maintain their one point advantage over Lille, who added their fourth straight game without winning. Far away is Paris Saint Germain, with fourteen points away from his first pursuer. The champion visits on Sunday Bordeaux.

PSG is already the winter champion, after the tie between Lille and Lyon (2-2). The Tuchel team is 14 points ahead of its nearest rival, Olympique de Lyon, who can only draw a maximum of twelve points before the end of the first round matches. Montpellier can get 13 points if he wins in Monaco this Saturday, but it will be too late.