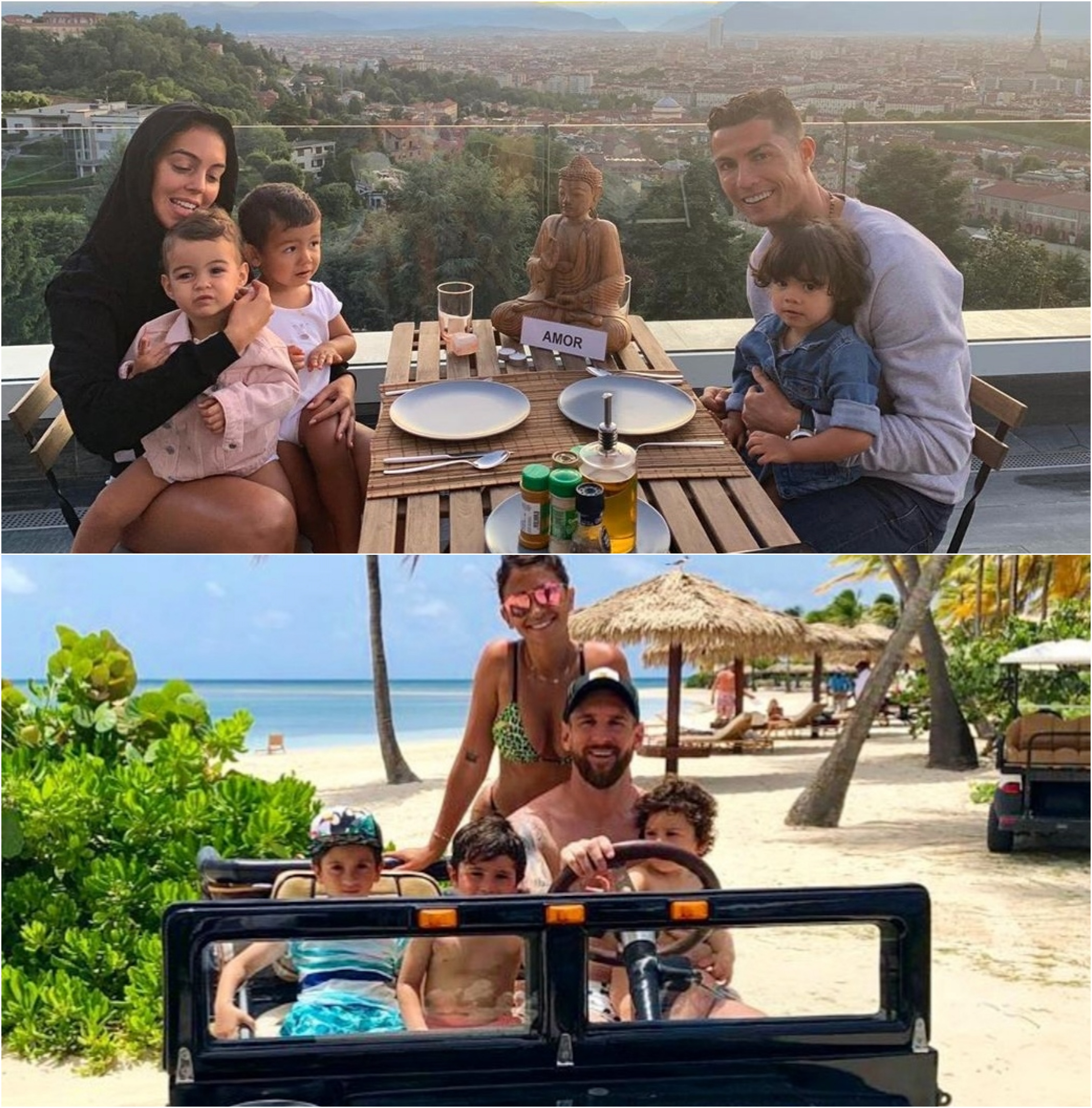 Family men Lionel Messi and Cristiano Ronaldo have been spending time with their loved ones before the 2019-20 season starts.

The 32 year-old Argentine has been posting family pictures from his vacation in Spain on his Instagram account after being granted extra-time to recuperate from an extended season. Lionel Messi is making the most of his time available after Argentina was defeated by Brazil in the semi-final of Copa America.

The latest post depicts the Barcelona’s captain driving a Jeep on the beach during a sun-soaked break with his sons Thiago, Mateo and Ciro in the front seats and his wife, Antonella Roccuzzo sitting in the back. 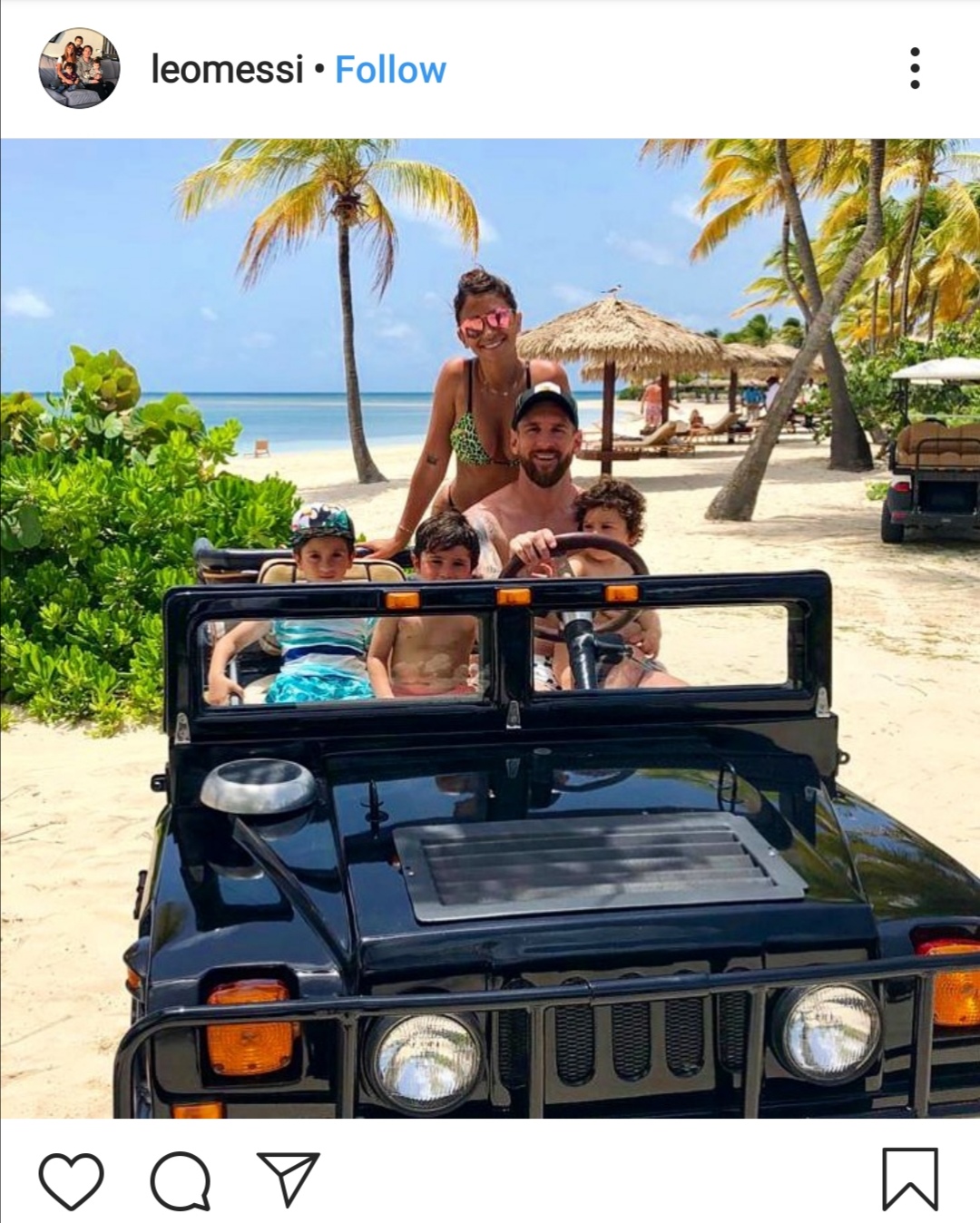 Meanwhile, Cristiano Ronaldo enjoyed a picturesque rooftop dinner in Turin with his children and his girlfriend, Georgina Rodriguez after a ‘hard’ training session with Juventus. The Portuguese star was seen having dinner with his family and CR7 was all smiles as he posed for a picture to post on his Instagram account.

‘How great it is to arrive at home after a day of hard work and be with my lovely family’ wrote the Juventus star on his Instagram account. 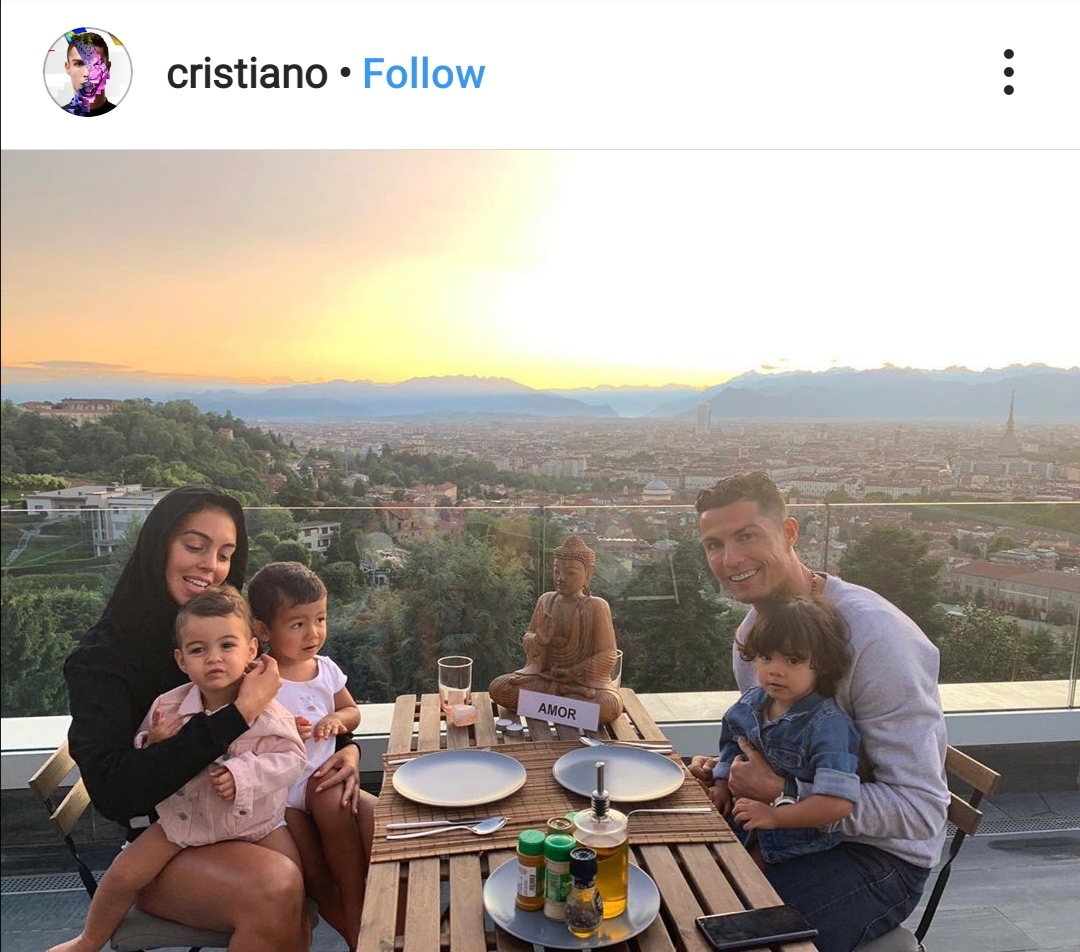 What a fabulous life!