Kinsey Wolanski is in a relationship with prankster Vitaly Zdorovetskiy who set up Vitaly Uncensored. The US model replicated her boyfriend’s stunt from the 2014 World Cup finals.

The model became an internet sensation overnight after she invaded the pitch during Liverpool's victory over Tottenham wearing a skimpy black swimsuit which read ‘Vitaly Uncensored’. Russian-American Kinsey Wolanski broke past security and ran across the field in the first half of the match in Madrid promoting her boyfriend's X-rated pranks site.

The 22-year-old was apprehended by stewards and escorted out of the stadium as players looked bemused. Wolanski has trolled Tottenham midfielder Harry Winks on Instagram who appeared to stare at her while she walked past. She was arrested but later released. 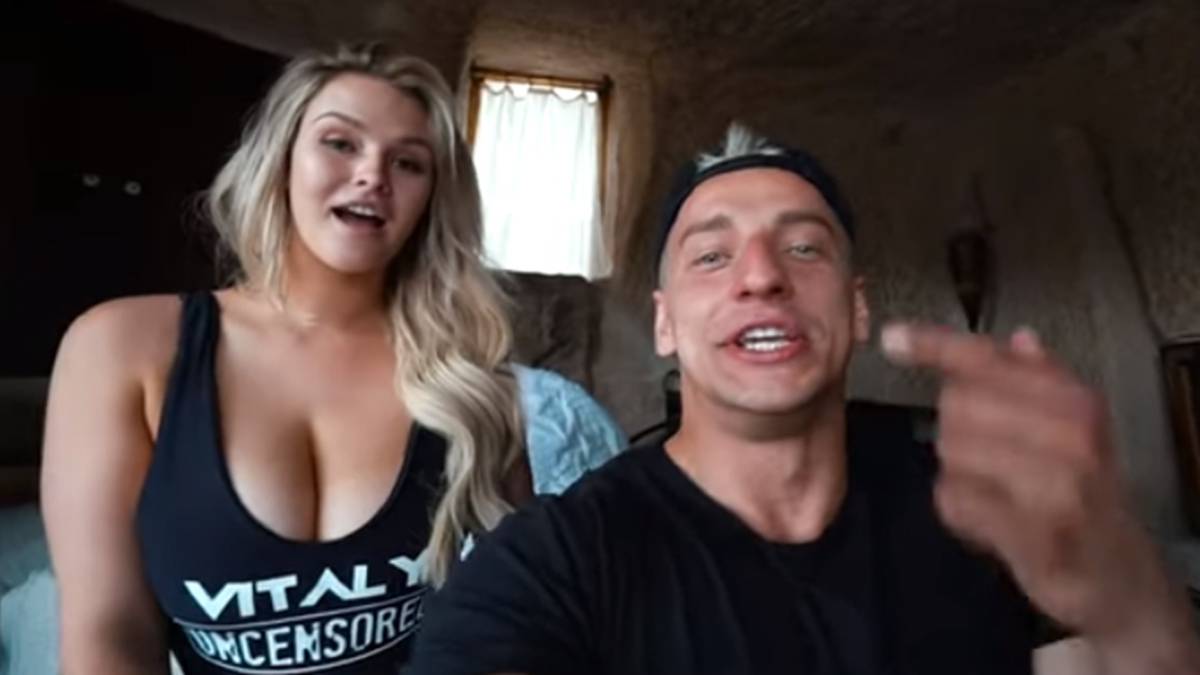 Wolanski’s boyfriend, Vitaly Zdorovetskiy also has a track record of getting on the wrong side of security at football matches. The notorious Youtube prankster previously invaded the pitch at the 2014 World Cup Final where he wrote 'natural born prankster' on his chest. He is now banned from major sporting events for his antics. But he managed to sneak into the Wanda Metropolitano this year wearing a fake beard and filmed the stunt from the stands.

The hot model has had her Instagram account removed following her pitch invasion at the Champions League final.