The championship will be at its thirty-second edition and will be held in five cities: Douala, Yaounde, Bafoussam, Limbe and Garoua in June-July 2019. There will be a record number of participants: 24 teams will arrive in the west of Central Africa to become the strongest on the continent. Coincidentally, the Cameroon team is the current winner of the 2017 Africa Cup of Nations, so the title “indomitable lions” will be confirmed at home.The world learned that Cameroon will host the next championship in 2019 on September 20, 2014 after a meeting of the CAF Executive Committee. Also, five other states were competing for the tournament: Congo, Zambia, Ivory Coast, Algeria and Guinea.

In total, 51 teams are involved in the qualifying tournament of the 2019 Cup of African Nations. The list of participants includes the tournament hosts, the players of the national team of Cameroon. The national team of Chad received a disqualification for refusing to participate in the selection for the 2017 Africa Cup of Nations, the national teams of Somalia and Eritrea themselves refused. The six weakest rated teams played a preliminary tournament among themselves (the play-offs), identifying three participants in the group stage. After identifying the weakest three, 48 teams left. The teams were divided into 12 groups of 4 each. In the final part, which will be held in Cameroon, the two best teams from each group will meet, after holding the tournament in two rounds. Each team will play six matches at this stage.

The composition of the groups: 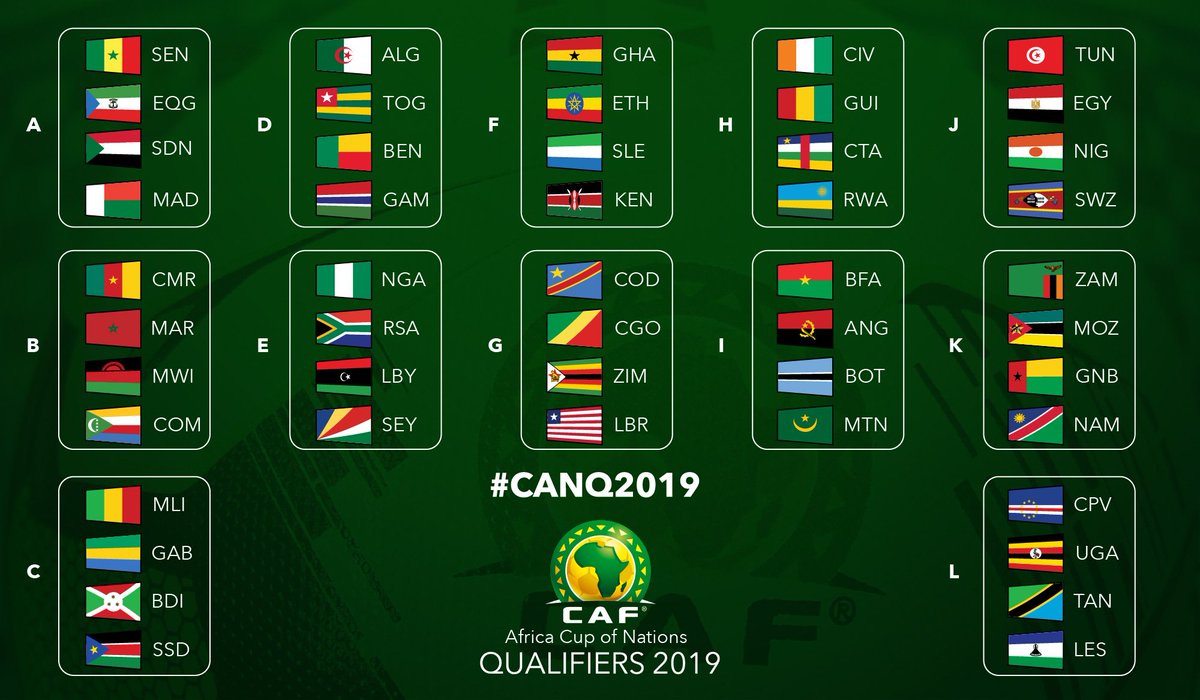 All winners of the Cup of African Nations

The team of Egypt is the most award-winning team of Africa, besides this national team won the first two tournaments held in 1957 and 1959. In total, the "Pharaohs" hold seven titles of the best team of the continent. The closest pursuers of the Egyptians are Cameroonians, who, in the event of a triumph in their homeland in the summer of 2019, will approach the North Africans at a distance of one victory. Now the "indomitable lions" boast five trophies. Next in the ranking are Ghana and Nigeria.It is a bit strange to see the Ethiopian team among the Cup of African Nations triumphants, as they are not one of the African Tops right now. However, in 1962, the team of this country became the best on the continent. The same applies to the Sudanese national team that won the CAN in 1970.CAN Winners List:

The qualifying tournament CAN-2019 will certainly bring a number of sensations. For example, in group A, the group winner is Senegal. In Group D, the Algerian team imposed. In group K the 1st place is taken by the national team of Guinea Bissau. The "omniscient" are often not very well versed in African football, and make mistakes in the markets that can be used. At the same time, it is very important for the bettor not to make a mistake with the bookmaker, and choose a reliable option.