Liverpool’s run of the UEFA Champions League has been outstanding throughout the tournament. Although they seemed a bit shaky in the group stages, they still managed to finish second just behind Paris Saint-Germain.

In the round of 16, they tied with Bayern at home at where it felt like that would be it for Liverpool as a dangerous side as Bayern can be lethal at home. Liverpool proved the critics wrong as it thrashed Bayern 3-1 to win the tie and qualify for the quarterfinals.

Semifinals is where things got a bit interesting for Liverpool as they were beaten 3-0 by Barcelona away from home and it seemed like there will be no coming back but Liverpool defied the odds by a sensational comeback at home. They defeated Barcelona 4-0 with an aggregate of 4-3, which got them into the finals.

Tottenham’s journey starts as they were put in Group B with Barcelona, Inter Milan, and PSV Eindhoven. Tottenham and Inter Milan both ended on 8 points with Tottenham accumulating the second place on the group stage.

Qualifying for the round of 16, they were placed against Dortmund with Tottenham coming out on top throughout both legs with an aggregate of 4-0 with an away goal as well.

Quarterfinals were very crude as they were the underdogs against the mighty Manchester City. They barely pulled off a victory courtesy of a late goal from Heung Min Son which gave them the lead in the first leg. The second leg was away from home and that match was fastest scored game in UCL’s history with 5 goals already been scored between both clubs within 21 minutes. Manchester City won that match and tied the aggregate score 4-4 but Tottenham won on away goals.

Tottenham was matched with Ajax in the semifinal where the first leg was surprisingly won by the visitors Ajax Amsterdam. The second leg was one of another sensational game that was played. Tottenham coming 1-0 to winning on away goals courtesy of a hattrick from Lucas Moura in the dying moments of the game saw them through to the final.

Tottenham and Liverpool will face-off against each other in the UCL final on June 1 2019, at the beautiful Wanda Metropolitano stadium in Madrid where fans will gather from around the world.

The stadium is capable of occupying about 68,000 spectators. It is called Estadio Metropolitano in the remembrance of the real Metropolitano stadium, which was home ground of Atletico till the year 1966.

It is re-constructed and it also replaced the home ground of Atletico Madrid. It was open to the public for football matching back in September 2017 when Malaga and Atletico faced each other. 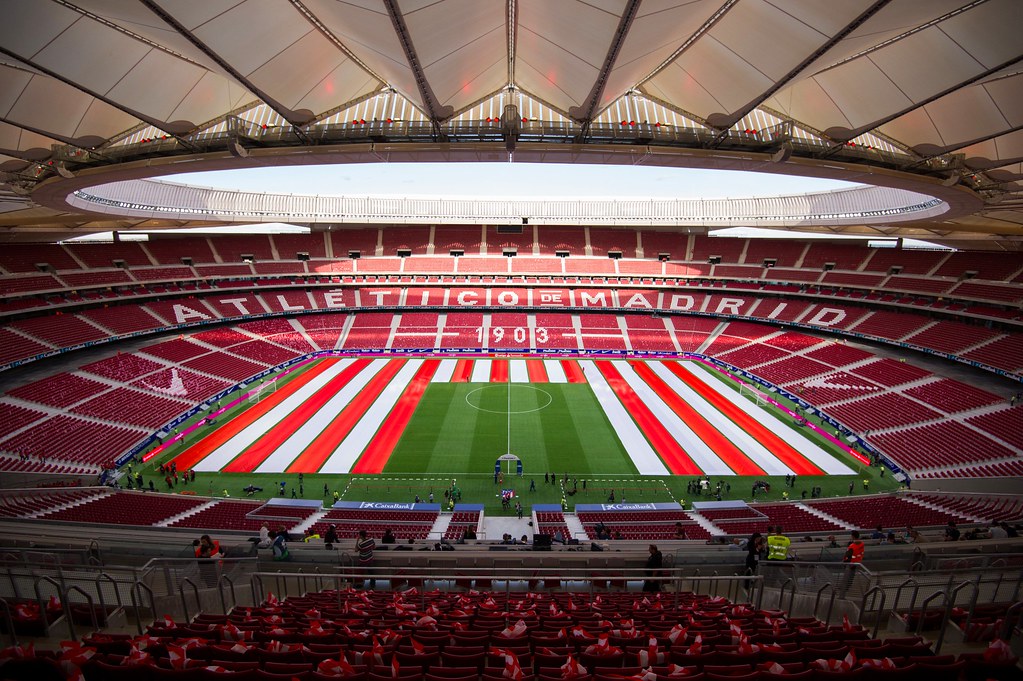 It is a beautifully built ground keeping a very environmental friendly atmosphere that has LED lights and solar panels integrated for optimum energy consumption. The ground is situated in the north-east of Madrid City.

Top Players from Tottenham and Liverpool

Roberto Firmino, Mohamed Salah, and Sadio Mane remained the top players for Liverpool this year at the Champions League; each player has scored 4 goals. 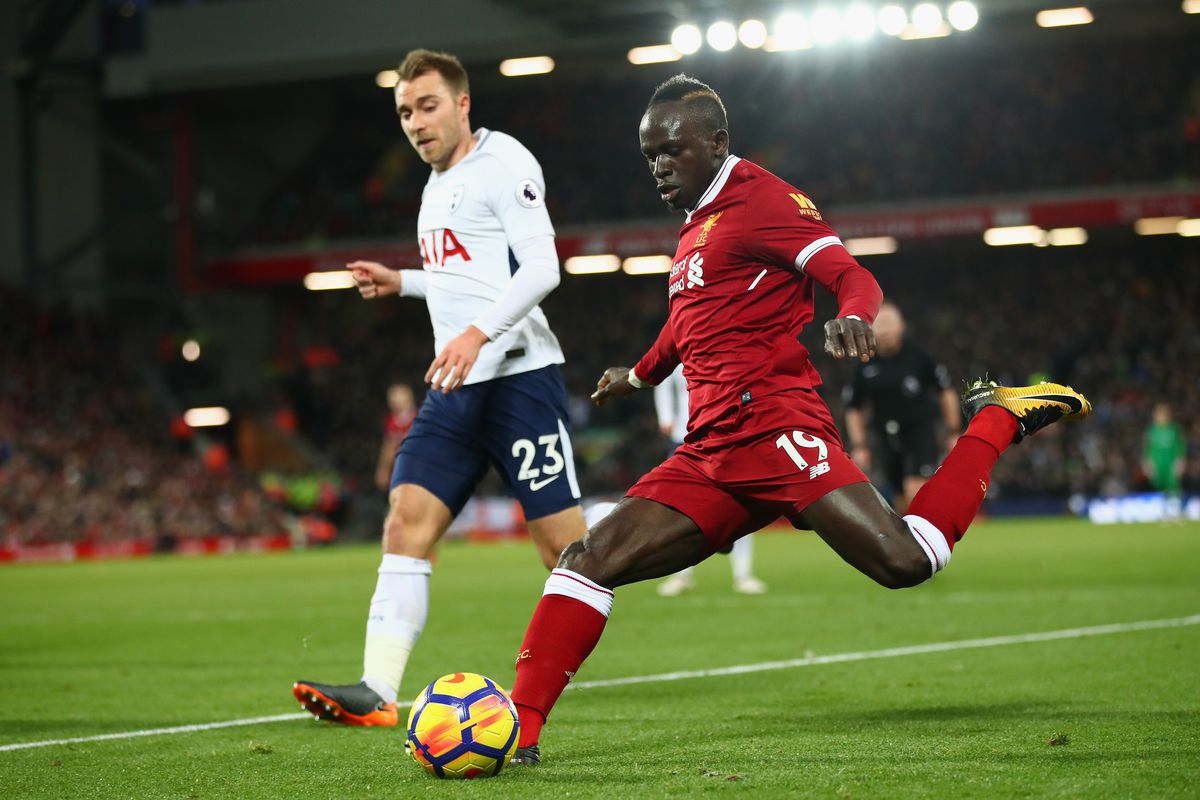 Lucas Moura has scored 5 goals in this year’s UCL, Heung Min Son has scored 4 goals and Eriksen has scored 2 goals for Tottenham which makes the three players the most prominent ones from their club.

What The Final means for Tottenham?

However, on June 1, the Spurs will face their big brother to a certain extent. A superior, higher level, more mature version of its own, with more advantages but fewer disadvantages. This season, their coaches have to harvest all the qualities from his players to maintain the standards of previous years, while Moura, Moussa Sissoko and Fernando Llorente are quite limited, but have a very special advantage.

As the team has reached maturity, the Spurs are now one of the best teams in Europe, making adjustments during the game, often making subtle adjustments to change the schedule, as Amsterdam has witnessed this week. However, an overwhelming problem is that Pochettino seems to have reached the upper limit of his current team quality. The Spurs have achieved very high results for a long time, but they have not made the final progress and become a truly elite team.

Let's review the team that won the most in the UEFA Champions League. Real Madrid is by far the most successful team in the history of the European Cup, winning the famous trophy 13 times.

The closest opponent of the “Los angeles” (Real Madrid) in the UCL is AC Milan. They won the UEFA Champions League 7 times, the most recent in 2007 against Liverpool. The third place is taken by three teams, Barcelona, Liverpool, and Bayern Munich.

Both teams have created some small miracles to compete in the UEFA Champions League final in Madrid, but Jurgen Klopp men will be more confident to enter the game. They have performed very well throughout the season and they can win by winning a game that may be a high score.

Since then, Dortmund, Manchester City, and Ajax have been eliminated, so it is predicted that Liverpool is unlikely to intimidate the Spurs, no matter how good they are this season.

Liverpool and their amazing comeback

In a dramatic 90th minute Toby Alderweireld’s own goal to beat Tottenham Hotspur in Anfield, Liverpool returned to the top of the Premier League. 16 minutes, when Andrew Robertson perfectly crosses Roberto Firmino beyond Hugo Lloris. The players are 16 minutes in the frontcourt. Sadio Mane also barely shot, and Liverpool often leaned forward, and the Spurs provided threats on the other end. In about 20 minutes, Harry Kane released Kieran Trippier on a fast free kick, the ball broke Lucas Moura, the latter equalized the score, but Liverpool won in the final stage when Loris headed the ball and slammed into the line. Liverpool led by 79 points and Manchester City led the game in two games. The Spurs ranked third with 61 points.

Ramadan for Salah and Mane

Ramadan is a holy month for Muslims when they fast (i.e. they consume no food or liquids from dawn to dusk).

2 star players of Liverpool Salah and Mane, who are Muslims are likely to be fasting up till the final. Since, it is vital for players to stay well hydrated throughout practice, as well as during matches and performing well without having no food or water highly impossible. It is doubted that the 2 players would observe fast.

In Islam, Muslims can skip fasts under certain circumstances.

Salah did not fast in last year’s Champions League final which also took place during the month of Ramadan, and it is expected that he won’t this time either.

The last year’s Champions League winners are Real Madrid, who faced Liverpool in the final. Madrid won by 3 goals while Liverpool could only score 1 goal. The match was played on May 26, 218 at the NSC Olimpiyskiy Stadium in Kiev. The man of the match was Gareth Bale from Real Madrid.

How to get tickets for the final

Tickets are quickly sold out for the matches of these sorts. There are sponsored and official ticket sellers: UEFA sells most of the tickets.

Both of the finals clubs will receive about 17.000 tickets for each fan base. The left numbers will be reserved and sold by organizing team.

Who are the odds favorite?

Liverpool appears to be the stronger side and is the favorite over Tottenham Hotspur for this season’s UCL title.

TV channels where you can watch the final

If you cannot make it to the stadium then you can always watch the match from the comfort of your home. Let us take a look at all the broadcast partners that will air this year’s most awaited event in football.

These are names of some well-known sports channels: