ExtraTips gives you the possibility to follow the evolution of the world's best footballers and compare various football players statistics through a thorough analysis with the help of a new extraordinary tool, which is the Football Player Comparison.

If you are a football fan, at least once in your life, you would have come across a player comparison among football's best players and you probably would have been a part of a discussion related to the same topic. Now extratips.com helps you compare football players from different teams and their playing styles.

Who can use the Football Comparison tool? 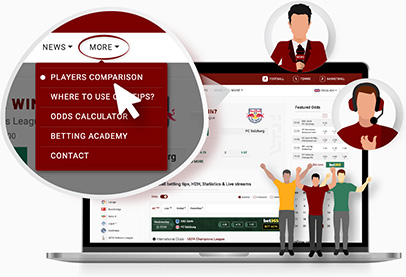 The Football Player Comparison tool can be used in different ways by everyone. The tool is of great interest to sports journalists who want to enrich their articles with statistical curiosities, sports commentators, and betting experts as well as football fans who want to compare two great players side by side. The tool also allows punters to make better predictions based on facts and numbers 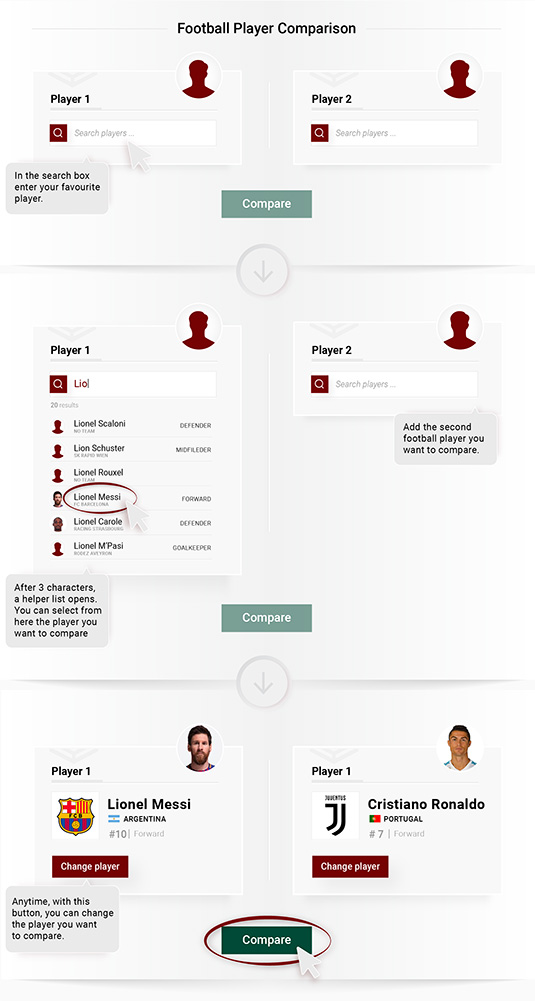 This tool can be used to compare two football players of your choice. To do this, simply enter your favorite players in the two search fields and click the "Compare" button. Choose two players from any football team, for example, Lionel Messi from Barcelona and Cristiano Ronaldo from Juventus, and get a summary of their performances and a whole host of football statistics to help you understand more about the players’ style of play. The football comparison tool gets you career profiles for every football player, including their stats in the current season and in the previous seasons. The Football Player Comparison tool includes the profile of the two selected football players which consists of the date of birth, height, weight, preferred foot. The tool is also composed of league statistics including goals scored, appearances, assists, yellow and red cards as well as all-time statistics. The football comparison tool offers punters the possibility to bet on the number of cards shown in a match or to bet on the football player who is expected to pick up a yellow or red card. You can always rely on ExtraTips for your research before placing a bet. We provide statistics for each player based on every league or competition he has ever played in. Select the preferred league from the list and the results will appear in no time! 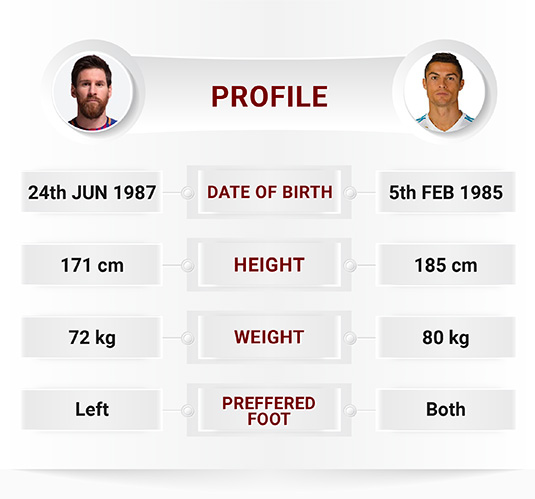 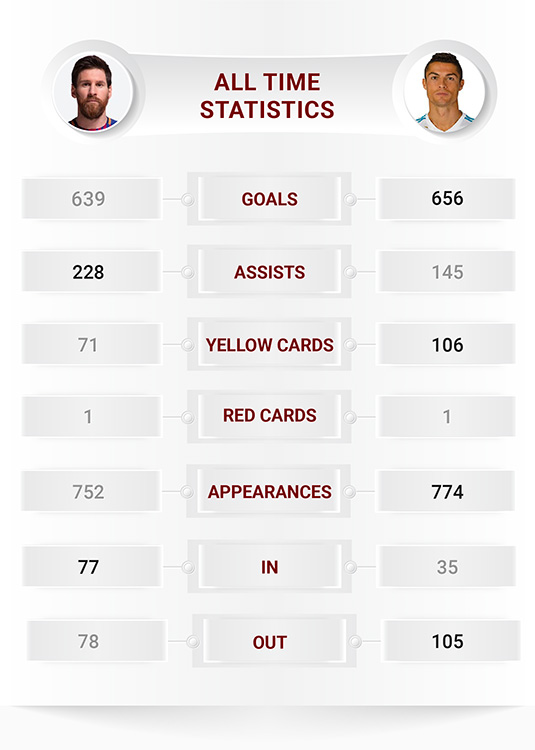 From Pele and Diego Maradona to Zinedine Zidane, football has seen some phenomenal and gifted players through the years. The current football era is dominated by two giants: Barcelona’s Lionel Messi and Juventus’ Cristiano Ronaldo. As a true football fan, you must have been at least once engaged in the intense debate about Ronaldo vs Messi rivalry. Portuguese Cristiano Ronaldo and Argentine Lionel Messi are widely regarded not only as the two best players of their generation but also, by many in the sport, including players, sports analysts, and fans, as the greatest of all time. To ensure a certain background, Lionel Messi is 32-years-old and has played in a total of 836 matches in his career for club and country, while Cristiano Ronaldo is two years older and has competed in 982 games. The Argentine legend has scored a total of 682 goals, compared to Ronaldo's 706. The Portuguese striker has registered 220 assists, compared to Messi’s 280. Physically, Ronaldo is 1.86 meters tall, while Messi is shorter and less imposing than the Portuguese star measuring 1.69 meters tall. Leo Messi does not usually go up to finish off the net, although he has scored some goals like that, while Ronaldo's jump allows him to score with a header due to its greater height. Both Ronaldo and Messi have impressive player statistics, but one-team man Messi and phenomenal Portuguese Ronaldo have different playing styles. Messi is considered the fastest football player alive when it comes to short distances, while Ronaldo is known for his extraordinary abilities in long runs. Ronaldo is an electrifying and explosive player, dominant in the air and his headers are a serious threat thanks to his NBA star-like jumping ability. His combination of great dribbling skills and powerful shooting with either foot terrorizes defenses. The Portuguese is best known for scoring incredible goals from all angles. The Argentine is the greatest dribbler of all time, and a creative forward. Messi and Ronaldo are amongst the 28 players in the football history to score over 500 career goals, currently ranked at 6th (Ronaldo) and 7th (Messi) respectively. 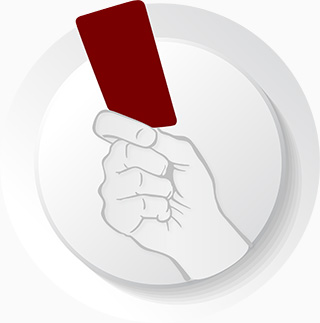 Barcelona captain Messi has only two red cards on his name. Messi's first red card came on his senior international debut for Argentina against Hungary in 2005. The Blaugrana star was controversially sent off in Argentina's Copa America 2-1 victory over Chile in July following a heated confrontation with Gary Medel. Messi has never been sent off while representing Barcelona. By contrast, Ronaldo has been sent off 11 times in his illustrious career. CR7 was sent off four times while with Manchester United, six times with Real Madrid and once with Juventus.

The new Football Player Comparison tool available on extratips.com is always updated and offers precise and detailed football statistics for professional players that will help you make better predictions before placing your bets.