The Portuguese football championship dates back to 1934, when 8 teams played the lead role in this country rich in football talents. The most interesting thing is that historically the Portuguese Championship is one of the most permanent club tournaments in Europe. Indeed, for the long 79 seasons, only 5 clubs became champions of the country: Benfica (33 titles), Porto (27 titles), Sporting (18 titles), Beleneses and Boavista (one title each). All this speaks of the complete advantage of the Portuguese giants in the League of Sagres.Initially, the group of grandees of the Portuguese championship included such a team as Beleneses, which regularly ranked third in the period from the late 1930s to the late 1950s, with a total of 12 bronze medals in just over 20 years of participation in the championship. Then, this team had a recession and only 3 prizes were won from the late 1960s to our time. It is noteworthy that, being one of the most titled clubs in Portugal, Beleneses was privileged to open the Santiago Bernabéu stadium in a match against Real Madrid.Another ambiguous club, the most titled in the entire history of Portuguese football, is Benfica. The team is famous for the fact that in 1962, Coach Guttman said: "Benfica will not win a single European trophy without me in the next 100 years...".  No one took this curse seriously, but it all happened because of the unpaid coach. But the fact remains that after these words they lost eight of the eight European Cup finals, becoming the most unlucky club in Europe. But in the domestic arena, Benfica is consistently among the strongest, giving the world one generation of great players after another. There were no particular failures for Benfica, except that they were left without a champion title from 1994 to 2005: then Porto rules in Portugal. 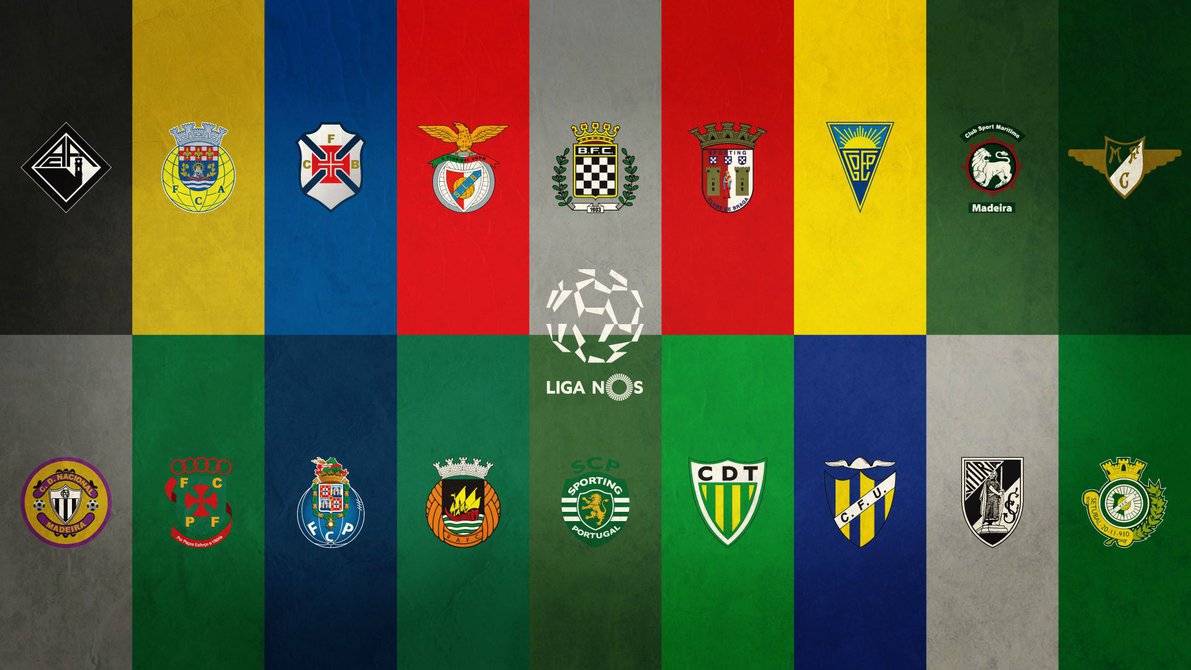 And FC Porto is a club of a different sample than Benfica. The team successfully works in the transfer field, regularly replenishing its treasury at the expense of sold football players. Over the past five seasons, the club has sold players for more than 200 million euros. Success at Porto came in the mid-1980s, when they began to regularly win the championship. It is worth noting that even now, with small spaces for one or two years, Porto is the trendsetter of Portuguese football. The club confidently participates itself both in the domestic arena and in the European fields, where it gained fame as a strong and uncompromising opponent. Over the past 20 years, the team has gained so much respect in Europe that it has become one of the founders of the G-14 - Organisation of European Football Clubs.One of the most implacable rivals of the two leaders of Portuguese football is Sporting CP  who was on horseback in the late 1940s and early 1950s. The club leads a more modest existence than the two grandees of the Portuguese League of Sagres, but it regularly fights for the champion title or takes top places. Unfortunately, for more than ten seasons, "Sporting" can not be the first.Also in Portugal, teams appear periodically, collect excellent players and claim the laurels of a new trendsetter in Portuguese football. In recent years, these were Braga and Boavista - the latter managed to get the champion title and make a rustle in Europe. But in the end, largely because of the unlucky management, the club fell into the wilds of the championship.Why is it worth talking about Portuguese football only in terms of the history of individual clubs? It's simple: they do not let anyone show themselves on the domestic arena, and the whole mass of fans has long been divided according to priorities among the three grandees of the Sagres League. The remaining teams of the championship of Portugal can claim only the fourth or, maximum, third place. Therefore, all the leading players in the country are trying to play in Europe or in the composition of the three leaders of the League of Sagres.In the new season, the leadership of the league had plans to expand the participating teams to 18 teams, but this was considered inexpedient. Therefore, the League will continue to be held in the format of 16 clubs.Despite the fact that the League of Sagres is somewhat in the shadow of the best European leagues, it is very interesting in terms of odds.  Given the constancy in Portuguese football, it is easy enough to identify patterns that can bring considerable gains to bet lovers. And we will look at how best to bet on the Portuguese Primeira Liga.

BETTING ON THE LEADERS OF PRIMEIRA LIGA 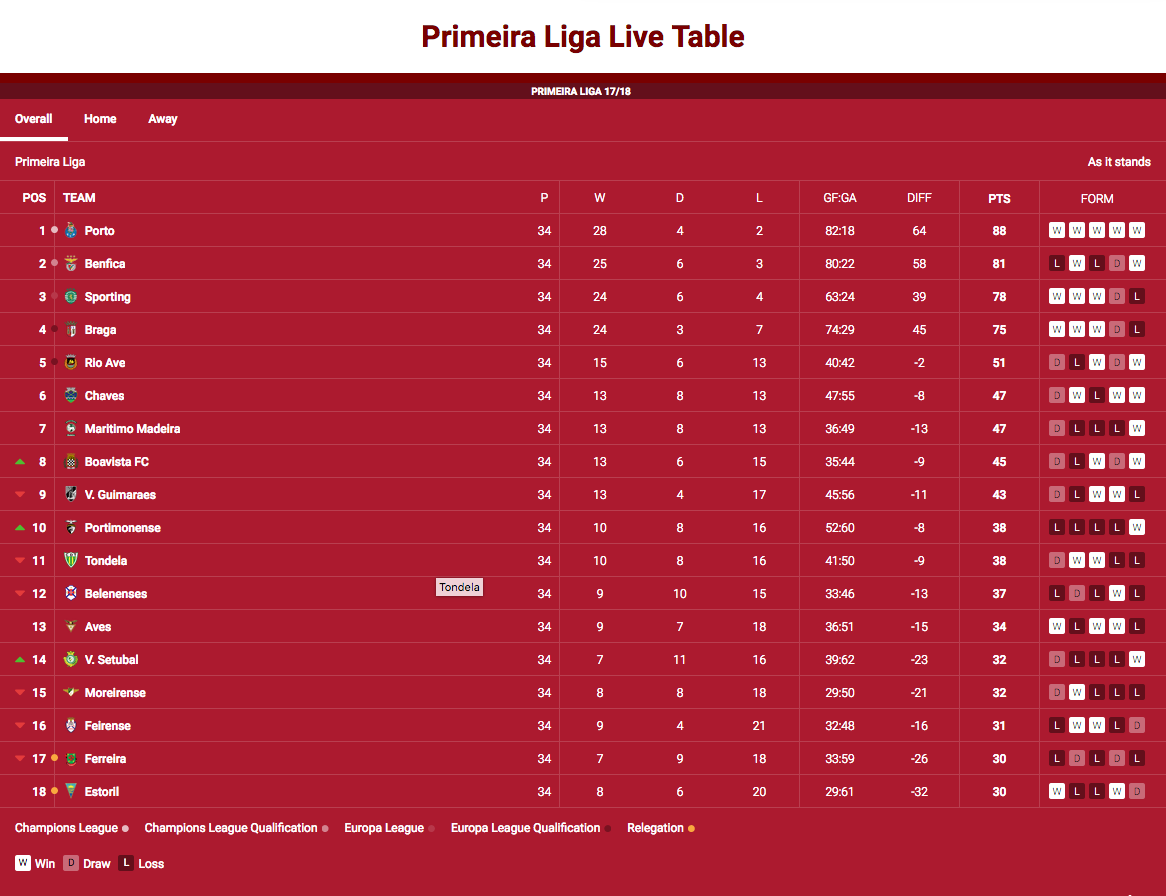 As in every championship, the bets on the tournament favourites look the most attractive. In the new season, taking into account all the changes over the summer period - Benfica lost many leading players - it is worth betting on the victories of Porto and Sporting, moreover, these two clubs have shown a very stable gameplay in the past ten seasons.   “Benfica” will continue to be one of the leaders of the championship, but some time for the buildup of club newcomers will still be needed. Therefore, if you bet on the Lisbonians, then this should be done closer to the middle of the championship, when the real strength of the team will be visible.

BETS ON HOME AND AWAY TEAMS

Unique teams are Maritimo and Nacional, who regularly score 80% of their points on their home ground, while losing only to recognised leaders of Portuguese football. One more exclusively home team is Benfica - this club has not been defeated in the domestic arena for two seasons, so bets on such home teams are a priority among bettors. Such odds bring considerable income.   Another interesting participant of the championship is a modest outsider "Gilles Vicente", who escaped from relegation only because of the excellent game in the home arena. “Porto”, on the contrary, plays excellently in away matches - for this team the home field factor is absolutely unimportant, and you can safely bet on the away victory of the Portuguese grand.

In home games, Porto and Benfica defeat their weaker opponents with two or three goals. Therefore, it makes sense to bet on "total over 2.5", which takes place very often in the case of these teams. And in the overall effectiveness of the meetings, “Braga” stands out, matches with the participation of which always end with a large number of goals: a score of 3: 2, 4: 1, 2: 2 for them is not uncommon, but rather an enviable constancy. Bet lovers can only earn on the totals in matches with this team.Another club presenting an assist extravaganza is “Rio Ave”, in matches with the participation of which more goals are scored - an average of 3.5 per game. In this case, it also makes sense to bet on the total.In general, the League of Sagres is rarely able to surprise. If you have carefully studied our advice, then such consistency in club football will allow you to make very lucrative bets on the Portuguese La Liga.