The football world is currently dominated by several excellent sportsmen, one of them being Barcelona’s Lionel Messi.

Lionel Messi is an Argentine footballer who has been playing for Barcelona since the beginning of his professional career. He made his debut for the Spanish club in 2003 when he was just 16 years old.

The Argentine forward is an incredibly talented and creative footballer. That talent was a motivating reason that forced Barcelona to sponsor a life-changing medical treatment for the young star who suffered from a hormone deficiency that restricted his growth.

Coupled with hard work and intense training, Lionel Messi’s talent has helped him become one of the greatest footballers of all-time and has established countless records for his club as well as his country.

The Barcelona talisman, who captains the La Liga giants and the Argentina national team, possesses dribbling, passing, and shooting skills that give him the ability to score goals against any team from crazy angles. The Argentine wizard has accumulated over 700 senior career goals for both club and country. If Messi has the ball, he will create a magic show! 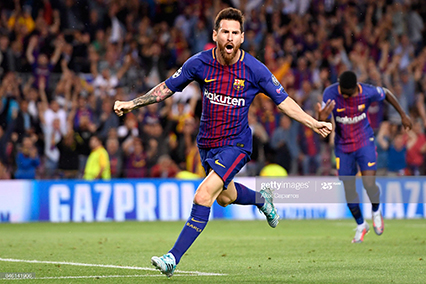 A prolific goalscorer, Leo Messi holds the records for the most goals scored in La Liga with 438 goals, having also produced 181 assists. At an international level, the 32-year-old forward is Argentina’s all-time leading goalscorer.

In a La Liga and European season, the ingenious footballer also holds the record for the most goals scored in a season with 50 goals. Messi has grabbed 36 hat-tricks in the Spanish League becoming the player with the most hat-tricks in La Liga history as well as 8 hat-tricks in the UEFA Champions.

Messi’s skills have earned him not only goals but also a vast collection of trophies!

Lionel Messi has won everything there is to win with Barcelona lifting the La Liga trophy on 10 occasions and earning Champions League glory 4 times. He also claimed 6 Copa del Rey titles. All in all, Messi has won a club-record 34 trophies.

The 32-year-old legend has been awarded every individual honour worth winning, including an unmatched six Ballon d’Or and a record six European Golden Shoes. 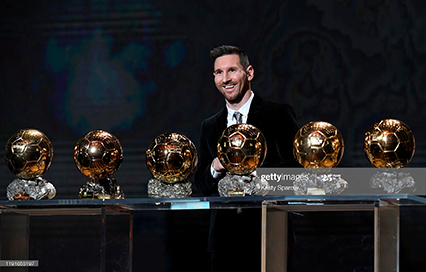 Barcelona's Lionel Messi is often considered the best player in the world and widely regarded as one of the greatest footballers of all-time.