Cristiano Ronaldo considered one of the greatest footballers of all-time

The modern era of football is dominated by excellent players, one of them being Cristiano Ronaldo. The phenomenal 35-year-old Portuguese plays as a forward for the Italian side Juventus and captains the Portugal national team.

From a skinny young unknown kid to a muscular Portuguese man, Ronaldo has worked extremely hard to become one of the greatest players in football’s history.

In over 1000 professional career appearances, Cristiano Ronaldo has scored over 700 senior career goals for the majority of clubs he has played for and his country. CR7 holds the record for the most goals scored in the Champions League with 128. He is also his country’s all-time goalscorer with almost 100 goals.

It won’t come as a shock if Cristiano Ronaldo overtakes Josef Bican’s record of 805 goals to become the most prolific goalscorer in the history of the beautiful game. The Portuguese forward has scored high-quality goals throughout his career to be remembered for his performances after he leaves the football pitch.

Whenever he has the ball at his feet, the Juventus star can be compared to a fierce cheetah who has been without food for days. He delivered some of the best goals in his remarkable career because of his speed. Ronaldo constantly reinvents his game and masters the art of working under intense pressure by playing with an open and inventive mind.

The Portuguese player has claimed 29 trophies in his glittering career so far. From his national team to the various clubs he has played for, CR7 has left his mark by winning at least one trophy. 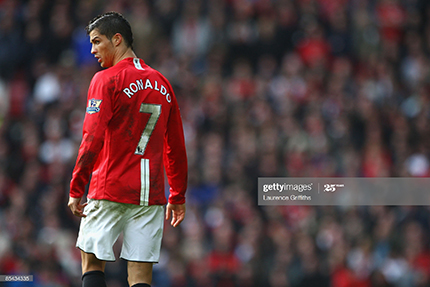 The Portuguese star has tasted success with three of Europe’s top leagues as he dominated the English Premier League with Manchester United, the Spanish La Liga with Real Madrid and he is currently dominating the Italian Serie A with Juventus.

At the age of 17, Cristiano Ronaldo made his debut in the Primeira Liga for Sporting Lisbon scoring 2 goals in the 3-0 win against Moreirense.

In 2003, Cristiano Ronaldo moved to Old Trafford after Sporting Lisbon defeated Manchester United. Under the guidance of Alex Ferguson, the Portuguese international has scored 84 goals in 196 appearances. CR7 won the first of his five Ballon d’Or awards and Champions League titles with United. He also helped the Red Devils claim 3 consecutive Premier League trophies, the Fa Cup, and the FIFA Club World Cup. 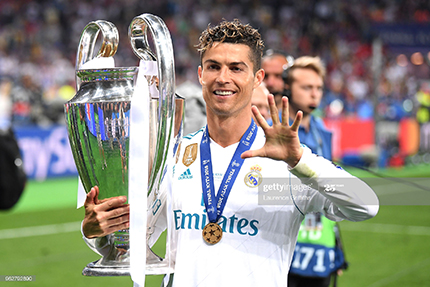 In 2009, the former Sporting starlet departed Manchester United to start a glorious nine-year spell with Real Madrid, where he lifted the La Liga trophy on two occasions and led Los Blancos to UEFA Champions League glory four times. During his time at the Santiago Bernabeu, Ronaldo became known as the “King of the Champions League.”

In 292 La Liga games, Cristiano Ronaldo has scored an incredible 311 goals and won every domestic and European title in Spain. 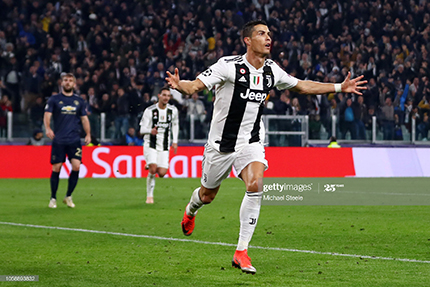 After spending 9 seasons with Real Madrid, the Madeira native moved to Italian club Juventus, where he continued his top goalscoring form. Ronaldo claimed the Serie A title in his first season as well as the Italian Super Cup.

On the international scene, Cristiano Ronaldo helped the Seleção win the UEFA European Championship in 2016 and the UEFA Nations League last summer.

At the age of 35, Cristiano Ronaldo is showing no signs of slowing down as he is playing at the highest level and is aiming to extend his longevity at the very top of the global game.