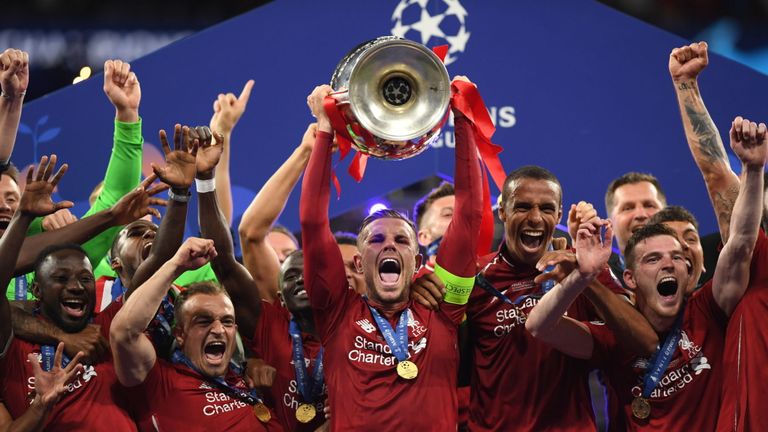 Liverpool triumphed 2-0 in Madrid thanks to Mohamed Salah and Divock Origi.

The Reds have won the competition by defeating the Spurs at the Wanda Metropolitano after Mohamed Salah and Divock Origi secured a 2-0 victory.

Jurgen Klopp’s men came out on top in Madrid and have been crowned champions of Europe for the sixth time after a tense match against Tottenham Hotspur. The Reds secured their first trophy since 2012.

Mohamed Salah scored a penalty after two minutes and a late Divock Origi strike ensured a historic victory for Liverpool and gave Klopp his first trophy with the Anfield club.

Jurgen Klopp was thrown in the air by his Liverpool players as they celebrated their Champions League triumph in Spain’s capital.

“I’m so happy for the boys, I’m so happy for all these people – our fans. I’m so happy for my family, they suffer every year when we go to a final on the last game of the season and we lose it. So they deserve it more than anybody. They are so supportive like they [the fans] are. Did you ever see a team like this?”

“Fighting with absolutely no fuel in the tank anymore, both teams obviously, Tottenham came up and changed offensively. And then you have a goalkeeper who is making difficult things look easy. It’s unbelievable, what a night! The night will be much better now. We have to do a few interviews, then show the cup off to the people, but it is maybe the best night of my life.”