Manchester United, 16 points away from City 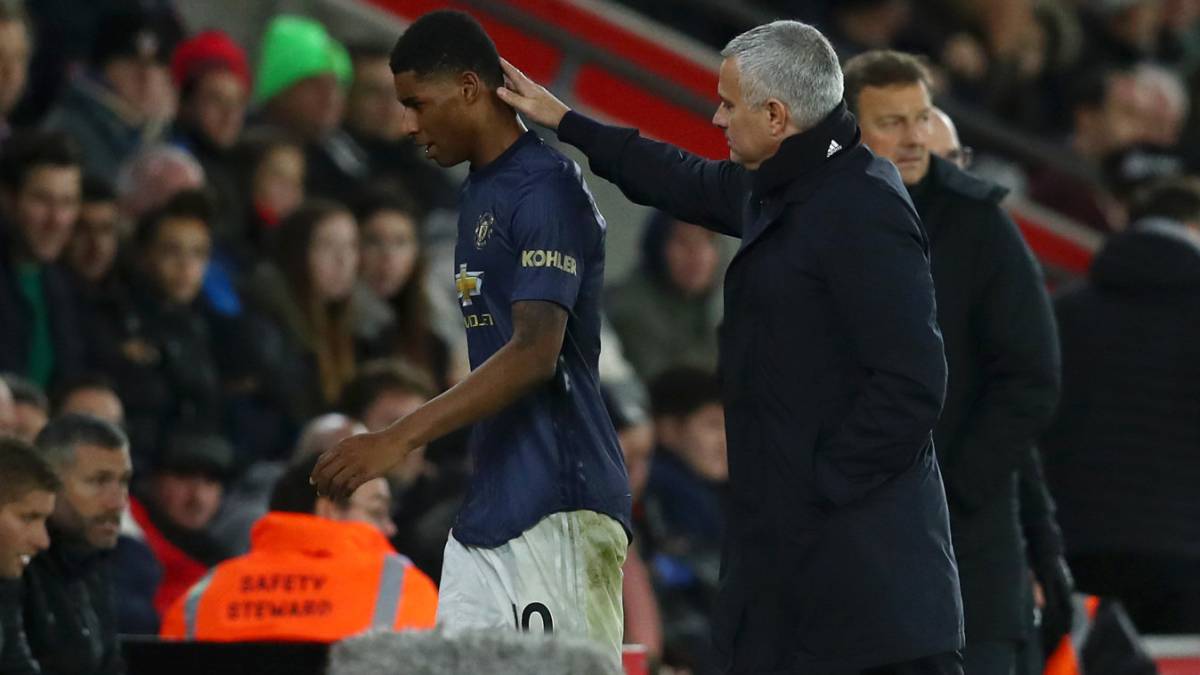 Without ambition or game, it is very difficult for Manchester United to be able to get back into European positions. This Saturday, in front of one of the colists of the league, the Red Devils once again showed the vices of a team lost between the fortune of the burning nail and the search for an identity that allows them to prevail in the game (2-2). The Saints, who tied points with the bottom before the game, deserved to take three points that caressed during the first 20 minutes in which they came to get two goals ahead.

With goals such as Fellaini's rescue against Young Boys, Mourinho has been making up a crisis that has never really left Manchester United. The games won in extremis are still not enough for a hobby that no longer sees the removal of the Portuguese so close but who is not enjoying, much less, the season of his team.

In this case the surprise, because there is always one that leads the Red Devils to have to row against the current, first gave Armstrong, with an unstoppable whip from within the area at 13 minutes, and then Cedric, who nailed a very good free direct in the minute 20. Two shots on goal in the first half and two goals, although it is true that De Gea could do little more in both plays.

The good thing is that United, which failed to prevail in the game, returned to rencontrar with his game, which increasingly seems to be based more on a simple action-reaction than on a defined football plan to help control the matches. Thus, and with Rashford fighting the action alone as a castaway as the common denominator of both plays, Lukaku beat McCarthy in the hand and Ander sent the net from inside the area a heel to return the tie to the scoreboard.

But without ambition, chances or tension during the second half, the draw of the former Athletic was just going to serve to rescue a point, as the team seemed to be waiting for a goal from the saints to start up the machinery that would lead to the victory. However, it would be the locals who had more chances to finish taking the victory and United once again moves away from the European positions.