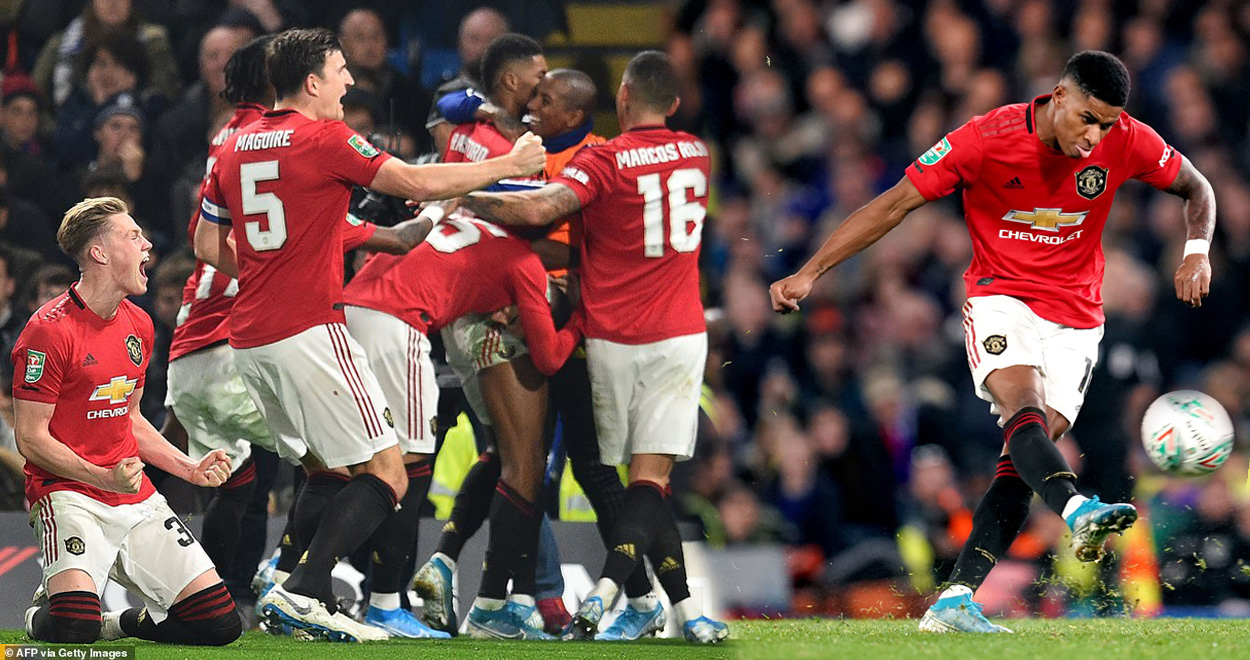 Manchester United reached the quarter-finals of the Carabao Cup after defeating Chelsea 2-1 on Wednesday at Stamford Bridge.

England forward Marcus Rashford, on the eve of his 22nd birthday, scored a sensational 30-yard free-kick and a penalty to help Ole Gunnar Solksjaer's side knock Chelsea out of the Carabao Cup.

Marcus Rashford opened the scoring from the penalty spot in the 25th minute before Belgian Michy Batshuayi netted the equaliser for the Blues in the second half after a mistake from Harry Maguire.

It's very Cristiano-like, isn't it?

The boy has got nerves of steel, takes a penalty no problem, steps up like he does and wins us the game.

United hope to claim their fourth away victory in a row as the Red Devils make the trip Bournemouth on Saturday in the Premier League, while Frank Lampard’s men travel to Watford on the same day.