Novak Djokovic and Simona Halep have been crowned as the Wimbledon Champions.

World No. 1 Novak Djokovic won a historic final-set tie-break to secure a fifth All England Club title on Sunday, saving two match points as he outlasted Roger Federer in a classic five-set.

Djokovic has won five Wimbledon titles, matching the great Bjorn Borg and 16 Grand Slam Majors overall to trail behind his rivals Rafael Nadal and Roger Federer by a margin of two and four respectively.

Novak Djokovic has become the first man over 30 in the Open era to successfully defend his title and has won four of the last five slams, missing out only at the French Open last month, where he lost in the semi-finals. 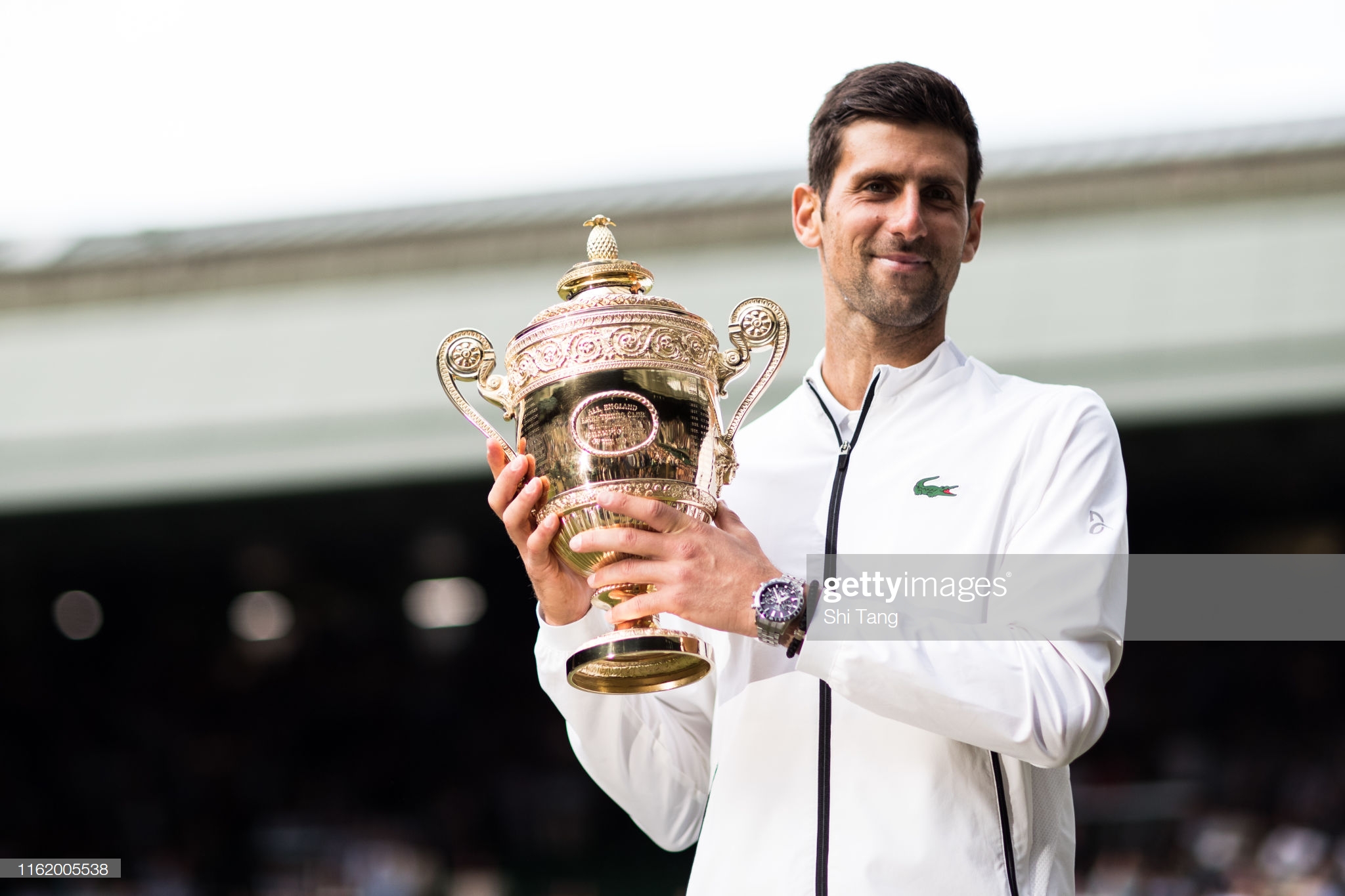 On the other hand, Roger Federer boasts eight Wimbledon crowns and would have been the oldest player to win major in the Open Era had he not been defeated.

"I think this was if not the most exciting and thrilling final I've been a part of, then definitely in the top two or three of my career – and against one of the greatest of all time in Roger who I respect a lot," The Serb said on court afterwards.

"Unfortunately in these matches one player has to lose. Both of us had our chances. It was quite unreal to have match points against me and come back and then to have a tie-break at 12-12. I was actually hoping I could get to a tie-break. Roger said he hopes he give people the chance to believe at 37 years old and I hope that I am one of them. He inspires me that's for sure."

Roger Federer admitted he would rather “forget this final, but it was a great match.”

"It was long and had everything. I had my chances, but so did he. I have to be happy with my performance. But Novak congratulations, that was crazy.”

"I hope I give some other people a chance to believe around the world. I gave it all I had and I can still stand. I hope the same can be said for all the other 37 year olds. My children won't be excited with the plate, they would be more excited with that golden thing. But it is all good, back to being a dad and a husband."

Novak Djokovic agreed that he was also going “back to being dad” following the match as his four-year-old son Stefan was seated in the player’s box with his parents.

In the women’s side of the draw, the 2018 French Open winner and the former World No.1 Simona Halep played some of the best tennis of her life. Halep stunned the 23-time Grand Slam champion Serena Williams in 56 minutes to be crowned as the Wimbledon Champion for the first time ever in her career and becoming the first Romanian to win Wimbledon.

The 27-year-old Romanian produced one of the great final performances at the All England Club, committing just three unforced errors in a 6-2, 6-2 win over the seven-time Wimbledon champion that she described as the best match of her life.

Simona Halep won her second major title preventing Serena Williams' latest bid for a record of 24th Grand Slam title hoping to equal the record set by Margaret Court in the 1970s. This was a third major final defeat in 12 months for the American. The 37 year-old Williams lost to Angelique Kerber in last year's Wimbledon final and lost to Naomi Osaka in the championship match at the U.S. Open.

After the match ended, the Romanian was asked if she'd ever played better.

"Never. It was the best match."

"Serena has inspired us, so thank you for that" 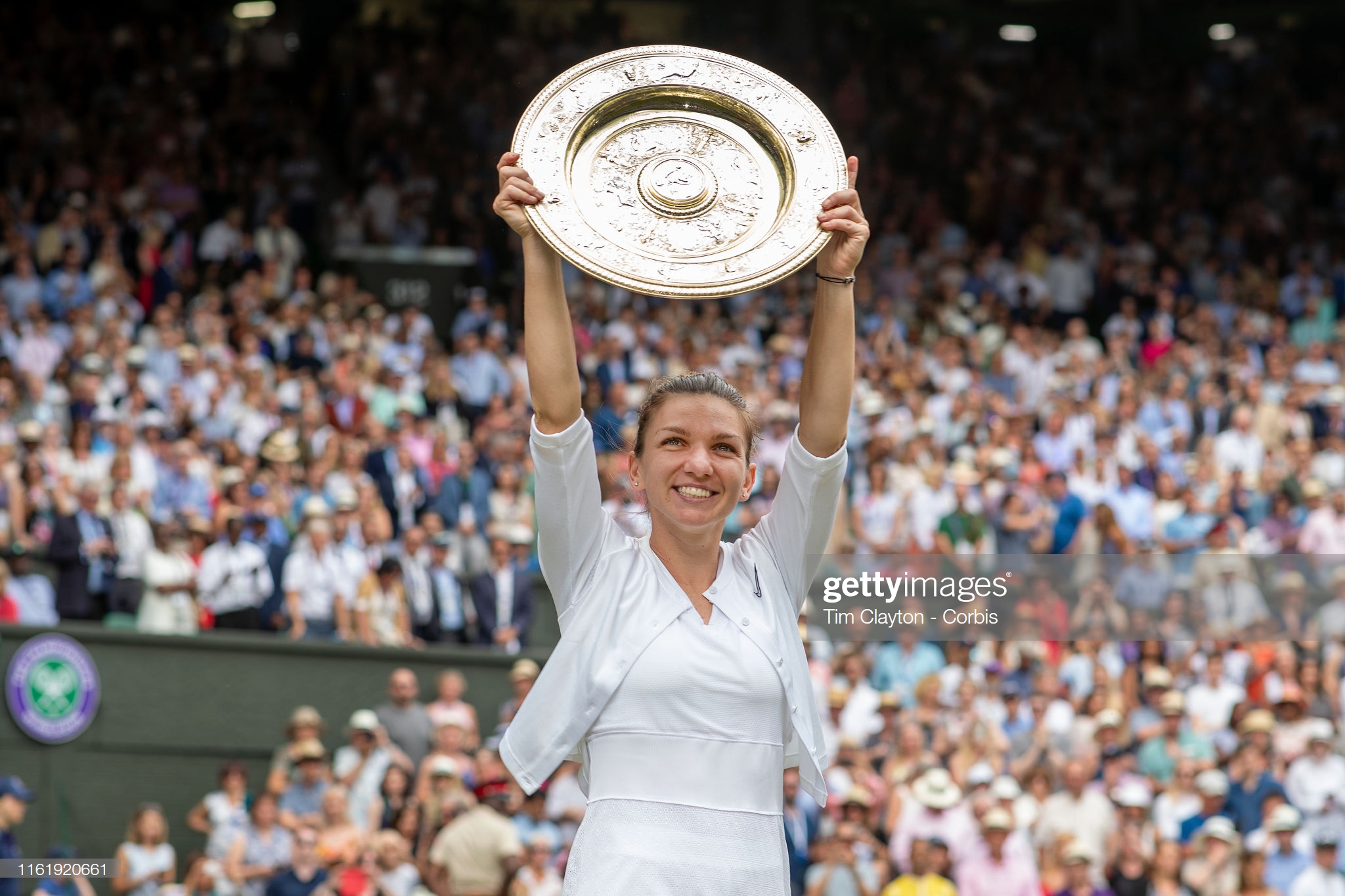