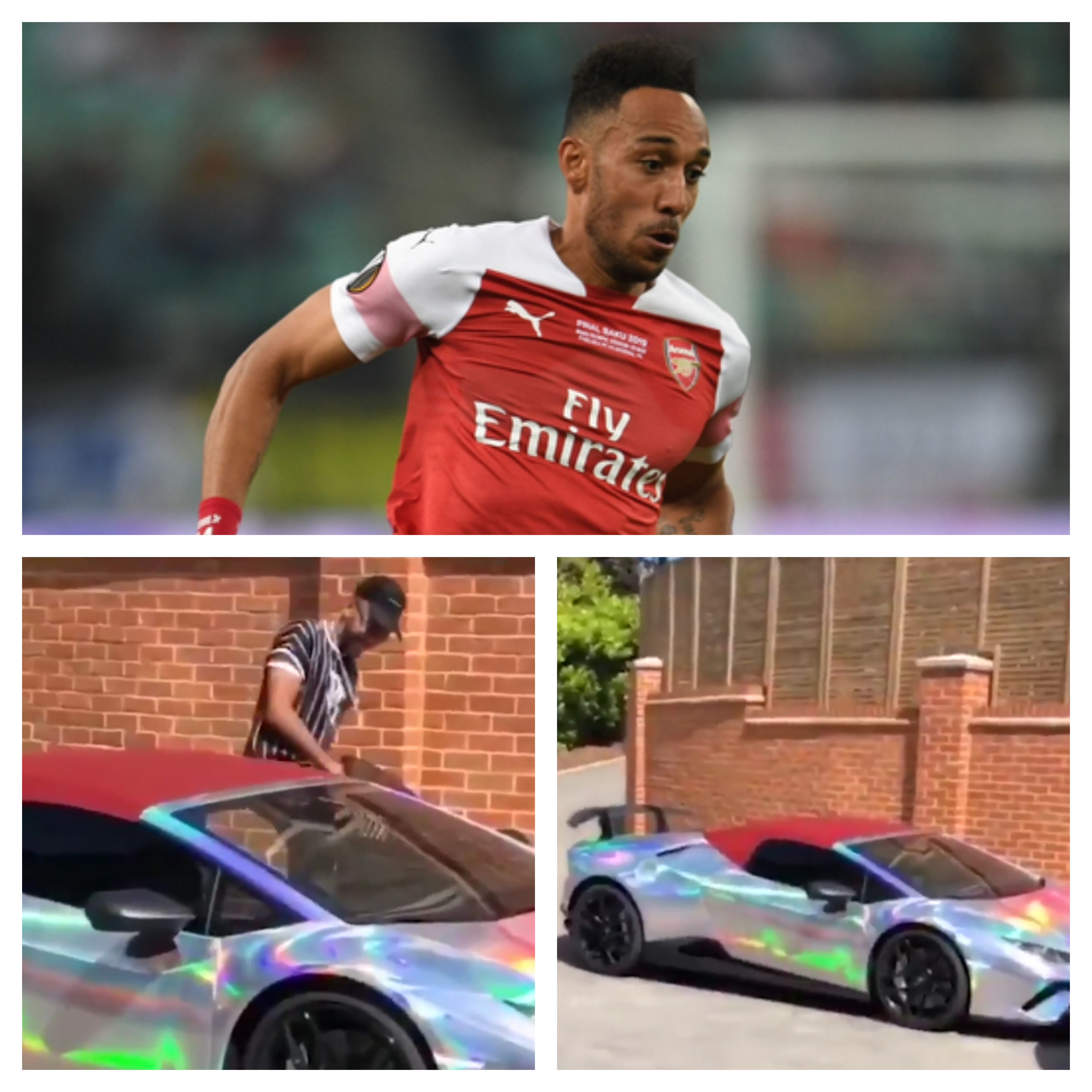 Arsenal forward and Gabon international Pierre-Emerick Aubameyang has acquired a customised £240,000 Lamborghini Huracan to add to his already impressive collection of cars now worth £2.1million.

The former Borussia Dortmund star showed off his new addition, the psychedelic-looking Lamborghini by posting a video on his Instagram story. The Arsenal striker earns a £198,000-a-week salary meaning it would only take him only two weeks to pay for his new Lamborghini Huracan.

That’s quite an impressive car collection that would make anyone turn green with envy!