Australian Open organisers announced on Tuesday that Andy Murray will play at next year's event at Melbourne Park in what will be his first Grand Slam singles appearance since undergoing hip surgery.

Former world number one Andy Murray held an emotional press conference before this year's tournament, announcing in tears his retirement plans after Wimbledon because of a hip problem.

The three-time major winning Briton would return for the first Grand Slam of 2020 after being eliminated in the first round of this year's Australian Open by Roberto Bautista Agut in a four-hour, five-set clash.

The Australian Open revealed that Murray “would return to the main draw with a protected ranking of number two and restored physical powers”. 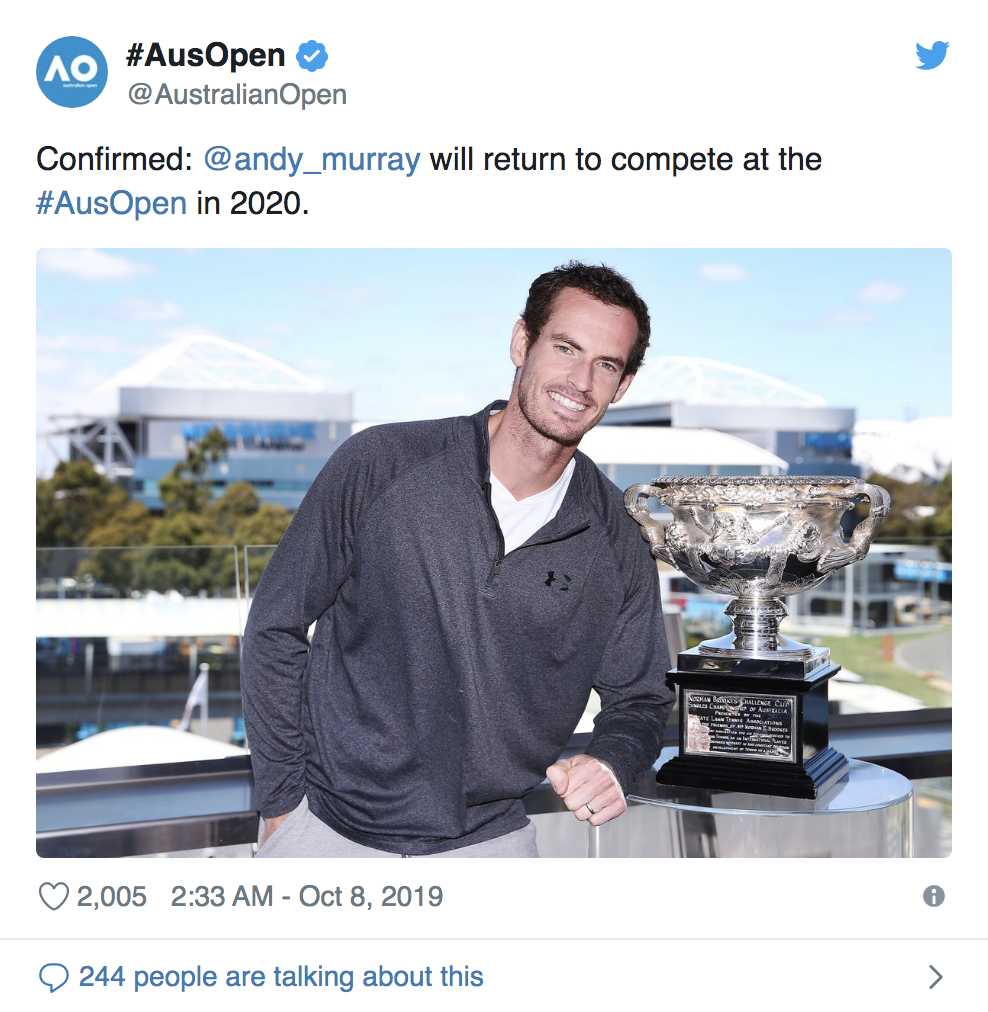 The 32-year-old Scot, a runner-up at the Australian Open five times, opted to undergo a career-saving hip resurfacing procedure at the end of January and made his return to competitive tennis in the doubles at Queen's Club in June, where he won the title with partner Feliciano Lopez.

Murray played in the doubles and mixed doubles at Wimbledon, teaming up with Serena Williams in the latter, before making his singles return in Cincinnati in August.

The Scot reached the quarter-finals of the China Open in Beijing last week, losing to eventual winner Dominic Thiem, and won his opening match at the ongoing Shanghai Masters on Monday, defeating Argentine qualifier Juan Ignacio Londero in three sets.

Andy Murray has been slowly working his way back to fitness and is currently ranked 289th, up from 503rd just a week ago.