Tennis bad boy Nick Kyrgios has been punished for his abusive behaviour in a tournament in Cincinnati in August.

The Australian Nick Kyrgios has been hit with a suspended 16-week ban and £20,000 fine from the ATP Tour following the conclusion of an investigation into his explosive second-round loss to Karen Khachanov at the Western & Southern Open in Cincinnati last month.

The 24-year-old was also handed a record fine of £90,000 for committing a total of eight separate offenses during his Cincinnati match. The Aussie verbally abused the chair umpire Fergus Murphy, left the court without permission to smash two rackets and spit at an official. 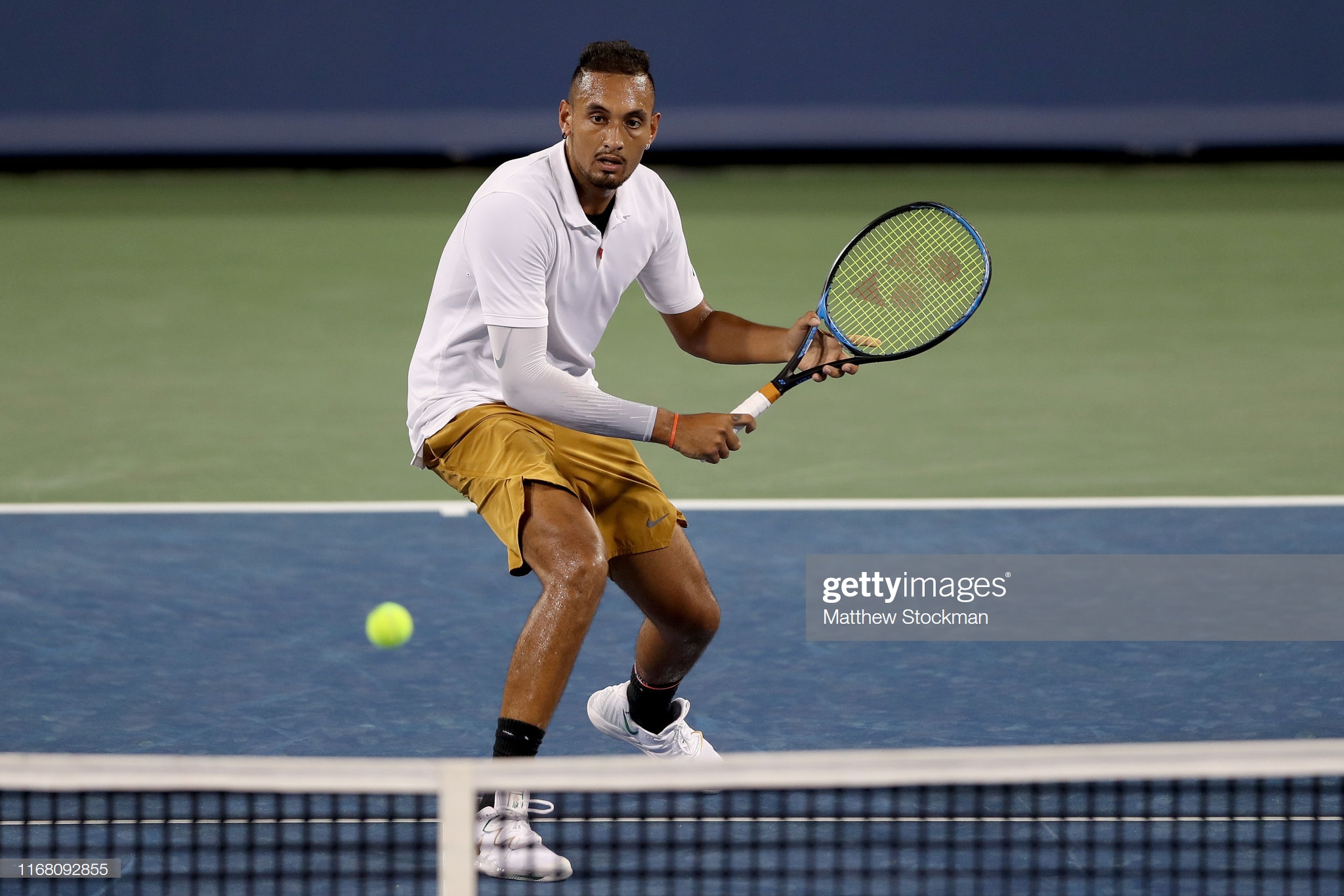 Following an investigation into Kyrgios' actions, the ATP concluded that the Australian "committed aggravated behaviour under the Player Major Offense" provision.

The World No. 27 was placed on strict probation for six months and under orders to avoid any code violations that result in a fine for verbal or physical abuse, unsportsmanlike conduct or visible obscenities following several on-court outbursts over the past year.

These sanctions will kick in if Kyrgios commits similar acts of bad behaviour in the next six months. The Canberran must also agree to receive continued support from a mental coach during tournaments and get additional help from a specialist in behavioural management before the end of the year.

"Guess I’m on my best behaviour for 6 months #detention" Kyrgios wrote in a caption on Instagram.