Numerous female tennis players have stepped on the clay or grass courts to create and break records throughout their careers.

Let’s now take a look at the phenomenal ladies who dominate the world of tennis at the moment. 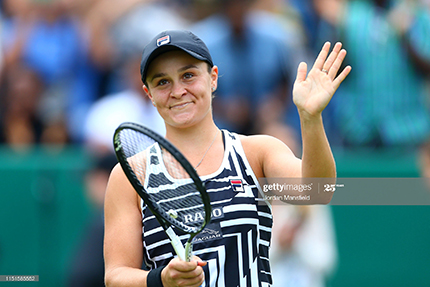 A former cricketer, Ashleigh Barty is the second Australian tennis player to reach the No. 1 ranking after her compatriot Evonne Goolagong Cawley.

The Aussie has achieved a career-high ranking of No. 5 in doubles having won 10 doubles titles. Partnering with Coco Vandeweghe, Barty has claimed the 2018 US Open trophy. 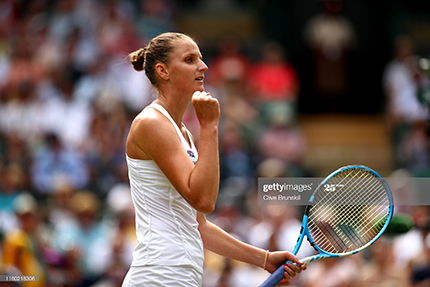 Former World No. 1 Karolina Pliskova has won 16 singles titles and 5 doubles titles on the WTA tour.

The Czech star reached her first Grand Slam final at the 2016 US Open where she finished runner-up to Angelique Kerber in three sets.

Karolina Pliskova has the potential to claim many Grand Slams titles in the future and she will not stop until she lifts at least one major trophy. 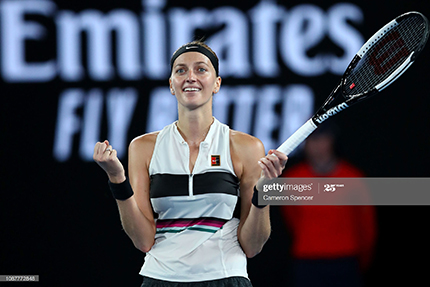 Petra Kvitova has secured 27 singles trophies on the WTA Tour, two of which are Grand Slam crowns, both at the Wimbledon in 2011 and 2014. 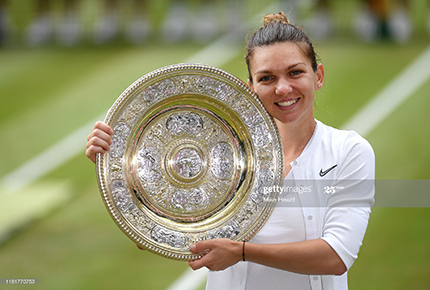 Despite her diminutive height, Simona Halep is a giant on the tennis court. The Romanian has held the top spot in the WTA rankings for 64 weeks so far in her career. Halep has finished each year ranked no lower than No. 4 since 2014 and has the longest active streak of being ranked in the top 10 female tennis players.

Simona Halep has won 20 singles titles, including the 2018 French Open and 2019 Wimbledon Championships. The former World No. 1 became the first Romanian to win a singles title at the All England Club when she crushed Serena Williams in straight sets.

Simona Halep can add a few more major titles to her already impressive list of trophies in the next years.

One of the strongest and most powerful women to ever rule the tennis arena, Serena Williams is undoubtedly the queen of tennis in the Open Era.

The American legend has been a dominant force in the women’s tennis for over 2 decades and is still competing at the very highest level at the age of 38. Five-time winner of the WTA Tour Championships, Williams was ranked World No. 1 by the Women's Tennis Association on 8 separate occasions.

Serena Williams has claimed 23 Grand Slams in singles holding the Open Era record for most titles won at Australian Open with 7. The American icon has also captured 3 Rolland Garos titles, 7 Wimbledon crowns, and 6 US Open trophies. She has also won 14 major doubles titles, all with her older sister Venus.