The very same football championship in Holland originates in the distant 1888, a rather mystical year, if you look at the numbers when the first club championship in the country began to be held. All teams were exclusively amateur - with a small degree of organisation and tactical readiness. The first championships were very reminiscent of the hit-and-run story, when a whole crowd of players rushed thoughtlessly to get the ball, trying to kick it into the opponents' goal.This continued until 1914, when prominent European players began to gather in Holland, and the level of football grew significantly, primarily in the tactical aspect. Moreover, in the pre-war period, the players from the Netherlands turned out to be so talented that they raised football in the country to a very authoritative level!But in the post-war period, a decline in football began, when clubs were in poverty, and many teams broke up because of the need for players to work and provide for their families. And they had no time for football. This continued until the moment when it was decided to create Eredivisie, which served as the starting point for the Dutch football. Before the start of the professional championship in the country such clubs ruled: “HVV DenHaag” - 11 championships and “Sparta” (Rotterdam) - 5 championships. As you can see, there is not a single team that dominates the Dutch club football. 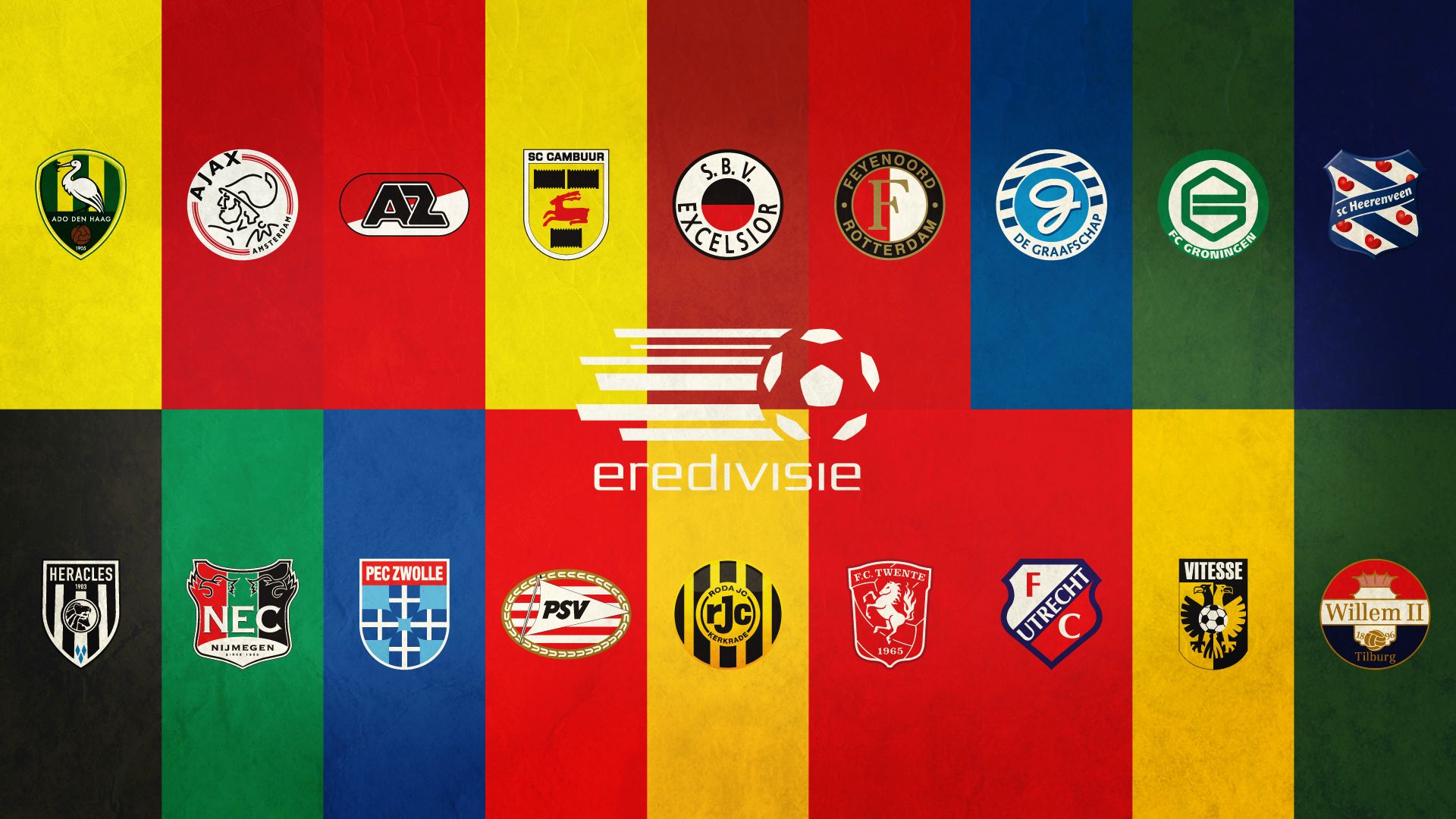 After creating a professional football league, the Dutch clubs quickly regained their previous, pre-war game level. And in the 1960s, teams from the “country of tulips” began to show good results in European cups. In the 1970s, Ajax of the great Rinus Michels made a revolutionary step in the development of the football field, revealing to the world his total football, which allowed the club from Amsterdam to become the strongest on the continent. Since then, Eredivisie has steadily entered the cohort of the best leagues in Europe, giving the football world such brilliant players as Johann Cruyff, Marco Van Basten, Ruud Gullit, Dennis Bergkamp, and also brilliant coaches - Rinus Michels, Louis Van Gaal, Guus Hiddink, Huba Stevens. All these personalities are true legends in the world of football!At this time, three clubs are prominent in the championship of the Netherlands on football - they became the leaders among professionals in their country: Feyenoord, Ajax, PSV. And if Ajax ruled in the championship from its start, then PSV has become a trendsetter since the 1990s, winning more titles than the club from Amsterdam. The fact is that the sponsor of the club from Eindhoven is the largest concern Phillips, which provides reliable financial support to the club. And Ajax has had to regularly sell its leaders - during the last 10-15 years, European grants come to the Amsterdam club as a slave-owning market. “Feyenoord” did not have such long periods of advantage over rivals, but the team consistently once in 5-7 years brings the title to Rotterdam.

Due to the fact that the talents that have manifested themselves for a long time in Eredivisie do not linger, very young players often get chances. Fortunately, the schools "PSV", "Feyenoord" and "Ajax" are considered ones of the best in the world in growing new talented players. So, after the completion of the 2014 World Cup, more than 10 top-class players left the Dutch giants, and the clubs earned about $ 100 million selling them. Year after year, Ajax and Feyenoord are betting on 17 and 18 year old performers, adding to the composition of the graduates of their schools, and after two or three years of work on the growth of their qualities, they grow up strong European players. This is all the current championship of the Netherlands - "Footballers Factory"!  But there were times when many leaders played in their clubs all their lives. So there were legends of local and world football who set records.

Top scorers in the Dutch Championship

• Jan Vennegor of Hesselink - 134 goals;• Dirk Kite - 122 goals;• Matthew Amoa - 117 goals;• Blaise Nkufo - 114;• Yon Dahl Tomasson - 107 goals.It was these people, many of whom played quite recently, and became legends of local football, setting these fantastic records.Few people know, but Eredivisie is an excellent championship for making money. And to win, you just need to know the main features that accompany the bets on the Dutch Championship.

Bets on the Eredivisie Leaders

After a massive sale of the season, PSV is the favourite, since Ajax and Feyenoord have lost their main talents, and at the beginning of the season these teams can be pretty feverish. But starting from the second part of the season, and historically it has always been so, the leading Dutch clubs are gaining momentum and fighting for the highest places in the standings. Only five times in 57 seasons, the title went to someone else, and in the last 33 seasons it happened once.  At the moment, in Eredivisie there are no teams that can compete with the grandees of local football. The gap in the standings often equals 15-20 points between the leaders and the other participants. These clubs have already shown themselves well in European tournaments. And in the home championship, they easily have victories over outsiders and middle leagues.

Betting on Total Number of Goals

The Dutch Championship is the most productive league in Europe. On average, over the past seasons in the Netherlands more than 3 goals were scored per game, while in other championships - about 2-2.5 goals. This indicator allows you to make profitable bets on the totals. In addition, very often the tour takes place without ties - this happens in 85% of cases. Imagine if you bet that at least one of the teams will score in each of the matches of a certain tour, you can get huge odds, and the chance of winning will be around 85% - this is a unique opportunity for successful bets. 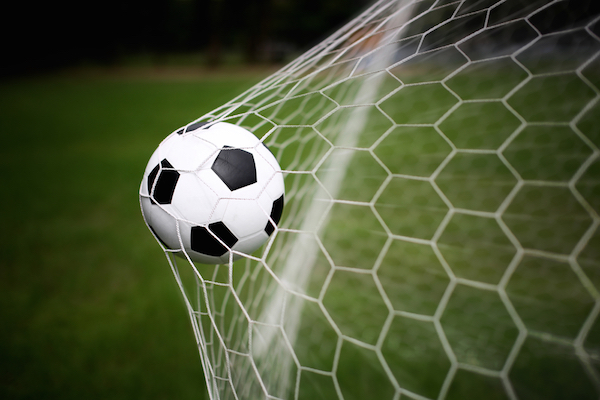 The leaders of the championship very often score more than 3-4 goals in matches with outsiders - you can also safely bet on this outcome. The most interesting thing is that it doesn't matter at all what field they play on! Here is a list of the most successful teams of the last seasons, in games with which the most goals are scored: “Feyenoord”, “PSV”, “Vitesse”, “Groningen”, “Utrecht” - with the participation of these teams an average of about 3 , 5 goals per game. This is an excellent chance of permanent earnings on the “over 2.5."

In Holland, many teams, especially middle ones, score points mainly in their own arena, thus staying afloat. Knowing these clubs, you can safely bet on their positive home results. Also purely home teams, except for the leaders, are De Haag, AZ Alkmaar, Vitesse and Groningen. In the home games of these clubs they recorded about 75-80% of their victories. This excellent statistics, especially if you exclude matches against the grandees of Eredivisie from it, will get you good money from such bets.

Betting on the Top Scorer of the Championship

At the end of last season, the Dutch championship was abandoned by several top scorers in the favourites. Therefore, at the moment leaders are such players as Kristoffer Peterson, Hirving Lozano, Abdenasser El Khayati and Fran Sol. These guys are the main favourites of the bombing race in Holland. And as you know, often in this dispute wins the one who is able to score more than 30 goals per season.All these advantages and statistical constancy allow you to bet on the Dutch Championship even more successfully and open up great opportunities for yourself to earn large sums on such bets!