Eden Hazard jokingly asked Luka Modric for the No. 10 shirt at Real Madrid and the Croatian refused

Eden Hazard was officially unveiled as a Real Madrid player on Thursday night at the Santiago Bernabeu following his £150m move from Chelsea. The Belgian has completed his dream move signing a five-year deal, but he has revealed that Luka Modric won't let him have the famous No. 10 shirt at Real Madrid, having asked the midfielder about it through his compatriot Mateo Kovacic.

The Belgium star wore the number 10 shirt for most of his time at Chelsea while also possessing the same number when on international duty with his country. So it’s safe to say, if there was one number he was going to choose when moving to Los Blancos it would be 10. However, the iconic number 10 jersey has belonged to Luka Modric ever since the Croatian arrived at the club from Tottenham Hotspur back in 2012. And there was no way the Ballon d’Or winner was going to give it up.

The 28-year-old tried his luck, albeit in a humorous manner, saying: “I have been able to talk to Modric through Kovacic. I was joking when I asked him to lend me the number 10. He said no, so I’ll have to find another number. But that's not important, playing for this badge is the main thing.” 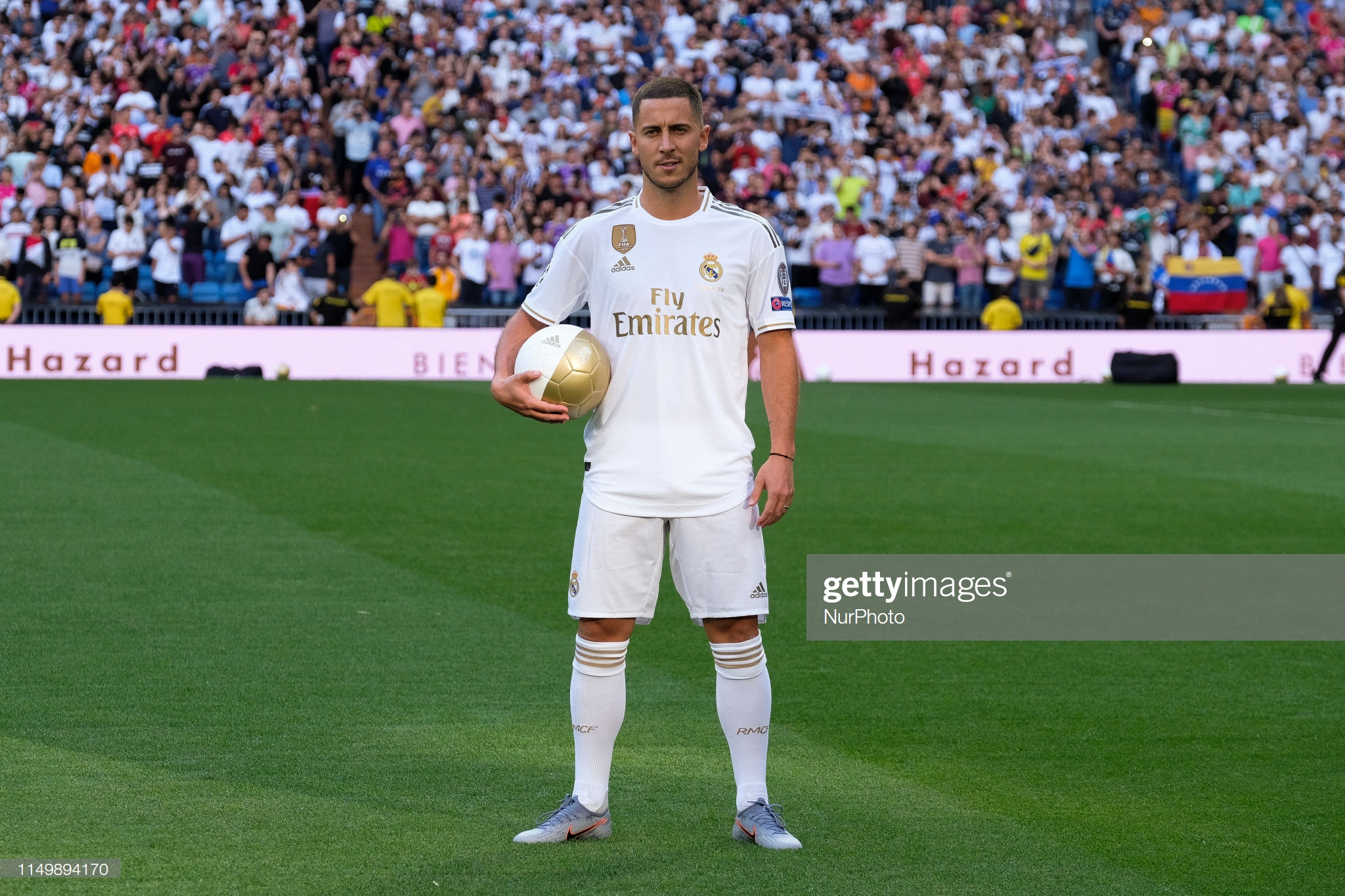 After being presented to 50,000 fans at the Santiago Bernabeu on Thursday night, the former Chelsea forward said: “I’m going to try to become the best player in the world, but first I wanted to be in the best team in the world.”

“I've always dreamed of Real Madrid. I'm not just saying it today because I've signed here, it's been that way since I was a kid. I've been through several stages in my career. First in France and then in England. This was the perfect moment to come and play for Real Madrid. Now I have to show my quality on the pitch."

“Zinedine Zidane has been my idol since I was a child, and him being the Madrid boss was an important factor for me coming here.” said the Belgium forward about Real Madrid’s coach.