Barcelona recorded their first win of the La Liga season as the Catalan club beat Real Betis 5-2 thanks to two goals from new signing Antoine Griezmann and one each from Carles Perez, Jordi Alba and Arturo Vidal.

Barca superstars, Lionel Messi and Luis Suarez were absent due to injury, but they were cheering for the Blaugrana from the stands accompanied by their children.

Messi’s 3-year-old son, Mateo, was captivated by the game and celebrated by pumping both fists forward after a goal. The only problem was it had been scored by Real Betis, the opposite team. While Barcelona’s captain laughed, Luis Suarez immediately corrected the cheeky youngster and let him know that it wasn’t the right time to celebrate. 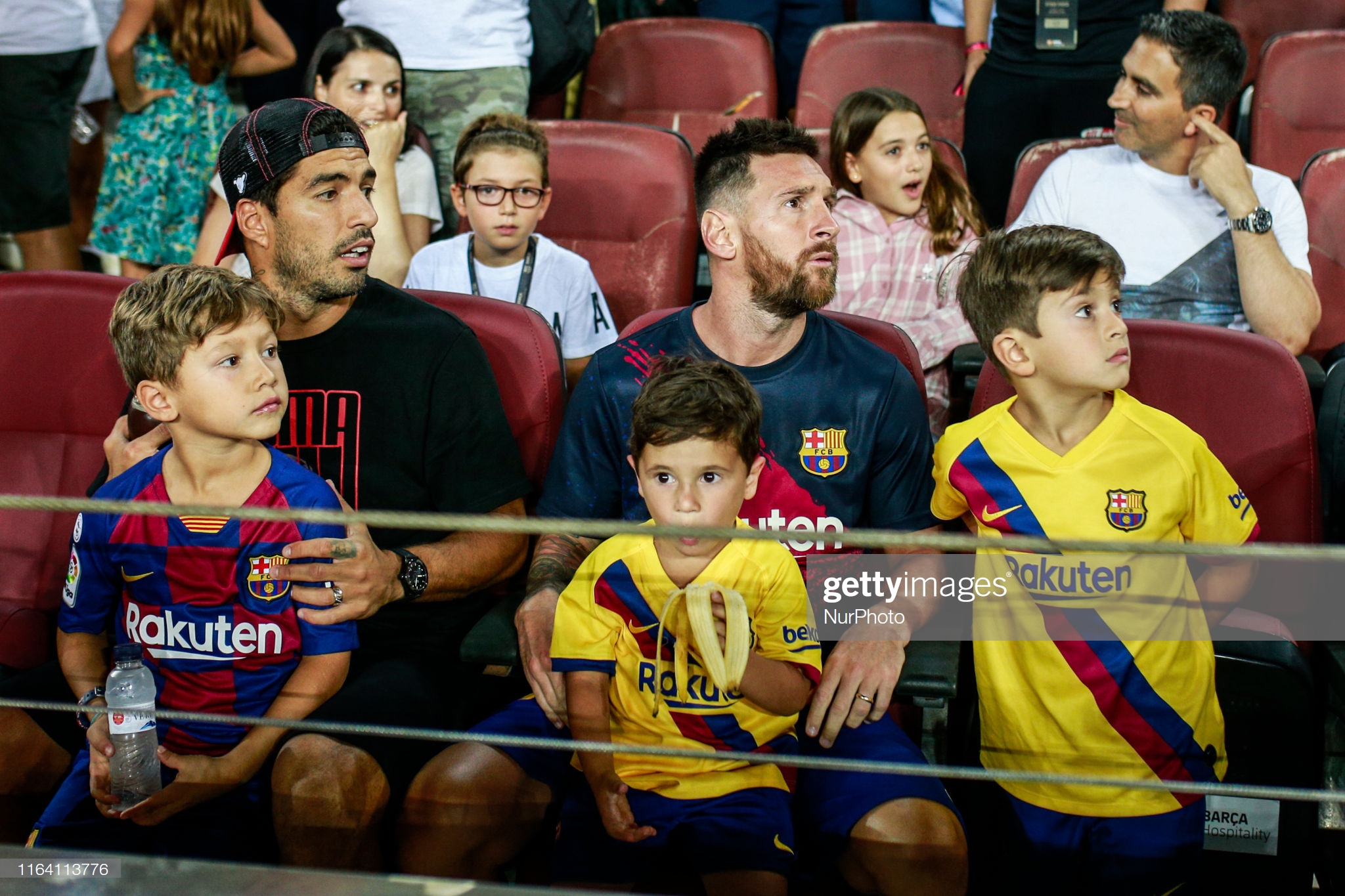 On Saturday, Barcelona will face Osasuna at the El Sadar Stadium.